A natural gas pipeline exploded in a towering, roaring fireball Friday, destroying a home several hundred yards away, damaging at least three others and creating waves of intense heat that burned a fleeing homeowner as he ran down a road. 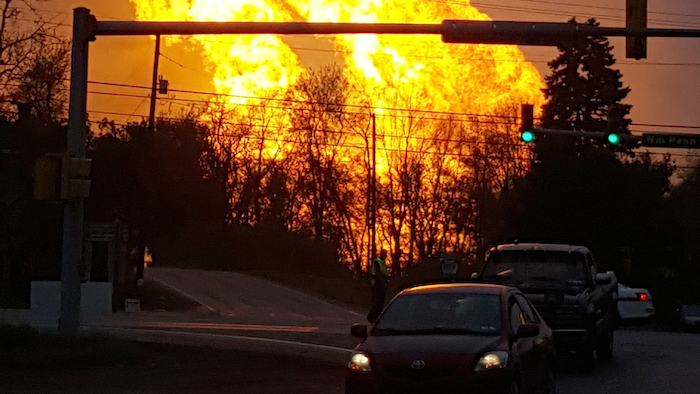 GREENSBURG, Pa. (AP) — A natural gas pipeline exploded in a towering, roaring fireball Friday, destroying a home several hundred yards away, damaging at least three others and creating waves of intense heat that burned a fleeing homeowner as he ran down a road, authorities said.

"It looked like you were looking down into hell," said Forbes Road Volunteer Fire Chief Bob Rosatti.

The fire and heat seared scores of acres of woodlands around the pipeline in Salem Township, about 30 miles east of Pittsburgh, turning tall trees into blackened poles, melting the siding off one property, and causing wet pavement to steam. People miles away reported hearing a huge whooshing sound and feeling the ground rumble. 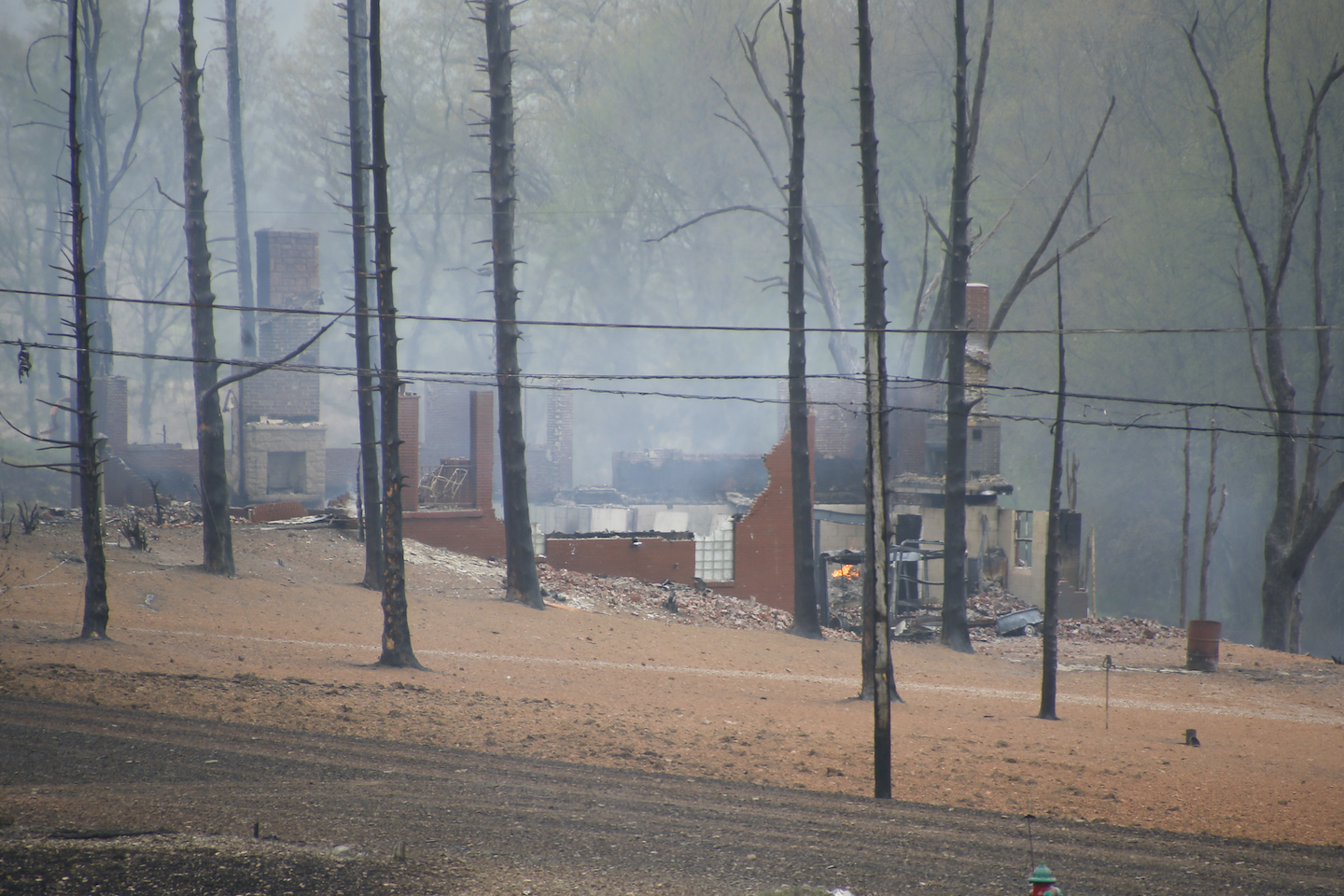 A burned out house is surrounded by charred ground and trees following a natural gas explosion Friday, April 29, 2016, in Salem Township, Pa. The explosion caused flames to shoot above nearby treetops in the largely rural area, about 30 miles east of Pittsburgh, and prompted authorities to evacuate businesses nearby. (AP Photo/Keith Srakocic)

The pipeline was shut off and the fire brought under control within an hour, but residual gas burned for several hours before the fire was completely out by early afternoon, officials said.

The man who was burned lived in the house closest to the fire. It was destroyed.

"He told us that he heard a loud noise and compared it to a tornado. All he saw was fire and started running up the roadway and a passerby picked him up," Rosatti said.

"The heat was so intense that it was burning him as he was running," he said.

He was conscious and talking to rescue workers when he was taken to the hospital, officials said.

The state Department of Environmental Protection said the blast was traced to a 36-inch pipeline. They said thepipeline and nearby complex is owned by Texas Eastern Transmission, a unit of Houston-based Spectra Energy Corp. of Houston. The cause was unknown.

The pipeline is one of four owned by Texas Eastern that run through the rural tract that Pete Rugh, 84, has called home his entire life.

"It scared the heck out of me. I heard this terrible roar. It shook to beat the devil," Rugh said.

"The noise was so great I couldn't hear anybody on the phone," he said. "The room where I was sitting turned orange. I thought the fire was closer to me than it was, so I grabbed my keys, got in my vehicle and got out of there."

Spectra Energy issued a statement saying "our first concern is for the safety of the community, our employees, and any others who may be affected."

The company did not immediately provide any other details.

Lorrie Sherman-Miller, who lives 5 miles from the site, and said she's used to hearing a "rumble" from the rushing sound of gas when crews perform maintenance.

"But the sound this morning was magnified 1,000 times," Sherman-Miller said.

Sherman-Miller drove toward the site because she knows some people who live in the area and parked at a gasstation about a quarter mile from the fire to see it.

"As I drove to the site, the closer I got, the hotter it became. The sky and the flames were terrifying," she said. "When I pulled in to the BP it was so hot that I couldn't leave my window down. Steam was coming off the parking lot and the roads," which were damp from earlier rains.

A hazardous materials division of the U.S. Department of Transportation will take over the investigation because the pipeline crosses several states, Poister said.

The state DEP will continue to investigate any impact on gas wells in the area and any environmental impact.

"I've always feared this, but I've never had any problems before," Rugh said.