An explosion killed 13 people and injured scores at a petrochemical plant on Mexico's southern Gulf coast. The blast and ensuing fire caused evacuations in the area as a fire billowed a toxin-filled cloud into the air. 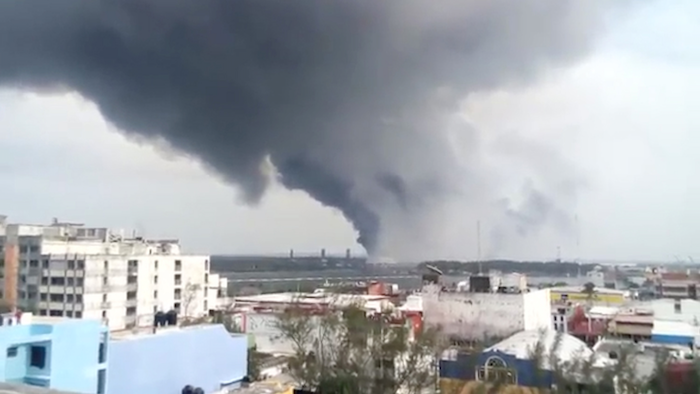 MEXICO CITY (AP) — An explosion killed 13 people and injured scores at a petrochemical plant on Mexico's southern Gulf coast. The blast and ensuing fire caused evacuations in the area as a fire billowed a toxin-filled cloud into the air.

The state oil company, Petroleos Mexicanos, said 136 workers had been hurt in the blast in the industrial port city of Coatzacoalcos. Eighty-eight of the injured remained hospitalized.

Veracruz state Gov. Javier Duarte also told Radio Formula that the blast was felt as far as 6 miles (10 kilometers) away, adding that more than 2,000 people were evacuated from the area as a precaution. 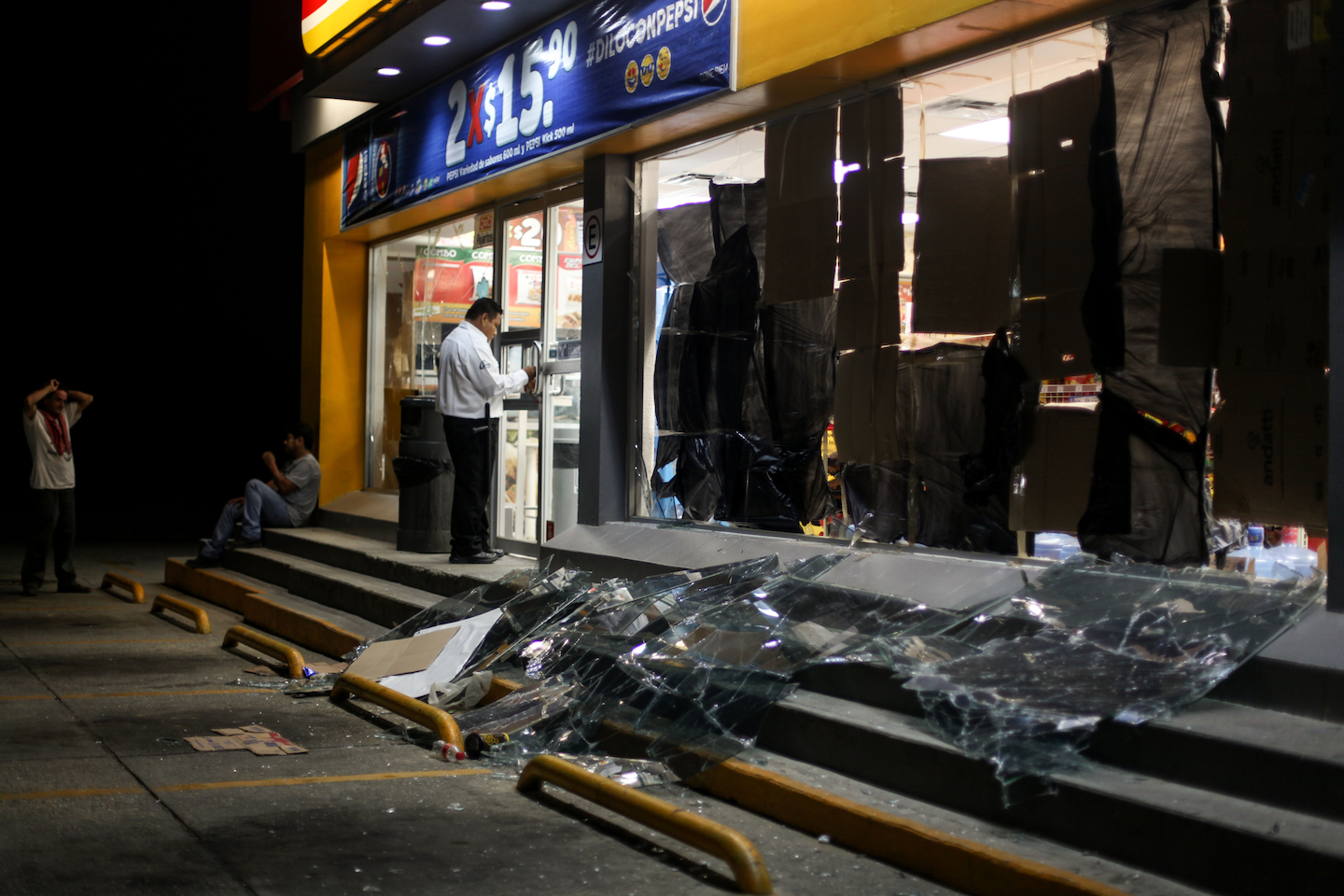 A security guard protects a store that was damaged by the shock waves of an explosion at a State oil company Petroleos Mexicanos' petrochemical plant in Coatzacoalcos, Mexico, Wednesday April 20, 2016. An explosion ripped through a petrochemical plant on the southern coast of the Gulf of Mexico on Wednesday, killing 3 people, injuring dozens and sending flames and a toxin-filled cloud into the air, officials said. (AP Photo/Felix Marquez)

Pemex reported the fire under control late Wednesday, but initially urged people to stay away from the area as a precaution.

"The cloud that emanated from the PMV plant in Coatzacoalcos is dissipating rapidly, which means it is losing its toxic effects," it said via its Twitter account.

The company said there was no longer any danger to people nearby. Still, local officials canceled classes at area schools for Thursday.

Pemex said explosion occurred in the Clorados 3 plant of Petroquimica Mexicana de Vinilo. It said the plant is operated by another company, Mexichem, in partnership with Pemex. The plant produces vinyl chloride, a hazardous industrial chemical that is used to make PVC pipes and for other purposes.

The Veracruz state Health Department said in a statement that two patients were in grave condition Wednesday night from burns to their air passages from toxic gases. Others were treated for minor burns, contusions and broken bones.

There have been a number of accidents in recent years at facilities owned by Pemex or where it operates. In early February, a fire killed a worker at the same facility. Also in February, two people were killed and eight injured in a fire on an offshore Pemex platform in the Gulf of Mexico.