A federal judge has thrown out some criminal charges filed against companies and employees following a 2012 oil platform fire that killed three people off Louisiana's coast. 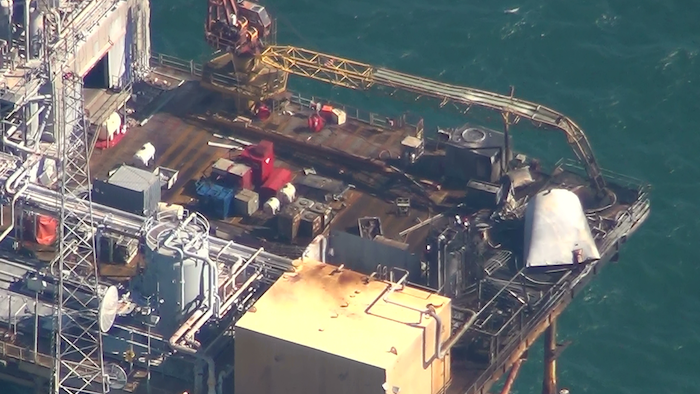 NEW ORLEANS (AP) — A federal judge has thrown out some criminal charges filed against companies and employees following a 2012 oil platform fire that killed three people off Louisiana's coast.

But serious charges remain for some in connection to the fire, which broke out on a platform owned by Black Elk Energy Offshore Operations LLC.

Criminal charges involving safety and inspection requirements were dismissed Thursday against two companies that did contract work on the platform — Grand Isle Shipyards and Wood Group PSN — and two people who worked on the platform: Don Moss and Curtis Dantin.

All of the defendants remain charged with Clean Water Act violations.

A 2013 report by federal regulators identified a string of safety lapses that led to the blast.

Black Elk Energy's platform was located about 17 miles from Grand Isle, Louisiana, in about 52 feet of water. It had been "shut in" and wasn't producing oil at the time of the explosion. Workers were on the platform preparing to resume production. On the morning of Nov. 16, 2012, a worker ignited oil vapors while welding pipe, triggering a chain reaction that caused oil tanks to explode.

Trial in the criminal case is set for Jan. 17 before U.S. district Judge Jane Triche Milazzo.