Worker Dies in Explosion While Mixing Chemicals in Texas

Investigators say a water treatment company worker has died in a fiery explosion while mixing chemicals at a West Texas oil and gas services facility. 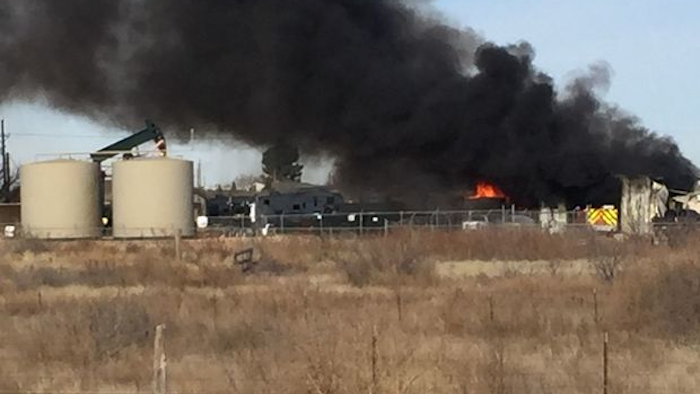 Midland County Fire Marshal Dale Little said Tuesday that the cause of the explosion remains under investigation.

Little says authorities are looking at whether a chemical reaction or a spark cause Monday's accident near Midland.

The body of 23-year-old Julian Gallardo of Midland was found in a burned-out structure at the Water Rescue Services site. Two recreational vehicles and three other vehicles were also destroyed.

Little says a few nearby RVs were evacuated, as a precaution, but nobody else was hurt.