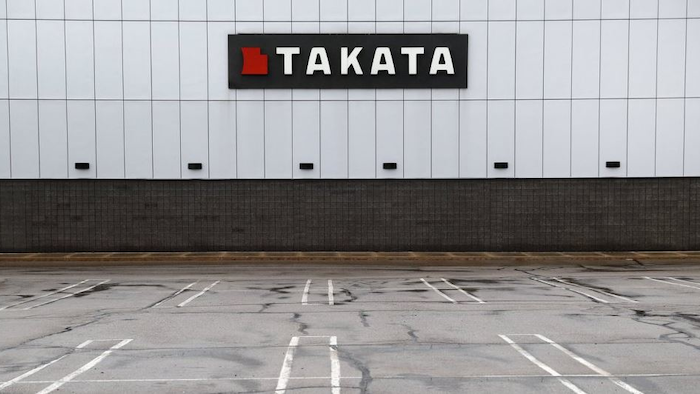 The move comes after Australia issued a compulsory recall for 2.7 million cars with defective airbags in February.

Takata airbags have been blamed for at least 23 deaths around the world, including one in Australia.

The New Zealand recall applies only to vehicles with the type of Takata airbag considered most dangerous, known as the alpha-type. The country is also banning imports of new and used vehicles with those airbags.

Consumer Affairs Minister Kris Faafoi said the government will closely monitor a further 250,000 vehicles with other types of Takata airbags that remain under the voluntary recall, which first came into effect five years ago.

Faafoi said if the motor vehicle industry doesn't make fast enough progress, he will make the recall compulsory for cars with all types of Takata airbags.

There haven't been any reports of deaths in New Zealand caused by the airbags.

"While I have been reassured by officials that the risk in New Zealand is comparably low — airbags are more of a concern in humid countries with extremes of temperature — I am not willing to allow any risk to remain while we can remove it," Faafoi said.

About 100 million vehicles around the world have been affected by the Takata recall.

The Japan-based company was forced into bankruptcy last year amid lawsuits, multimillion-dollar fines and crushing recall costs involving airbag inflators that use the explosive chemical ammonium nitrate as a propellant.

The chemical can deteriorate over time when exposed to high heat and humidity and burn too fast, blowing apart a metal canister.

The compulsory recall is one of the largest ever in New Zealand. It requires the air bags be replaced by December 2019.