States to Forego Most of $650M Legal Settlement With Takata

Japanese air bag maker Takata Corp. has reached a $650 million deal to settle consumer protection claims from 44 states and Washington, D.C., but only a fraction of the money will be paid due to Takata's financial problems and bankruptcy. 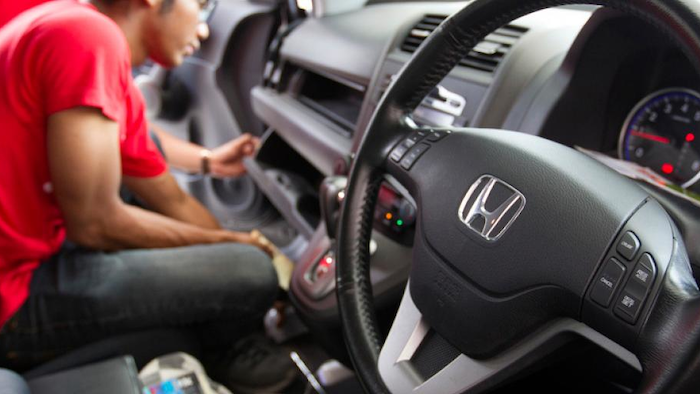 Japanese air bag maker Takata Corp. has reached a $650 million deal to settle consumer protection claims from 44 states and Washington, D.C., but only a fraction of the money will be paid due to Takata's financial problems and bankruptcy.

In an agreement announced Thursday, the states said they will not collect the settlement so that victims of Takata's faulty air bag inflators can get a bigger piece of the company's remaining money. There's an exception, though. South Carolina, which led the states, will get just over $139,000 to cover costs of the investigation.

Takata air bag inflators can explode with too much force and spew shrapnel into drivers and passengers. At least 22 people have died worldwide and more than 180 have been hurt.

Takata was forced into bankruptcy last year amid lawsuits, multimillion-dollar fines and crushing recall costs involving air bag inflators that use the explosive chemical ammonium nitrate as a propellant. The chemical can deteriorate over time when exposed to high heat and humidity and burn too fast, blowing apart a metal canister. A reorganization plan was approved last week by a federal bankruptcy judge in Delaware.

"We were able to resolve this investigation while ensuring that the needs of injured consumers take priority," South Carolina Attorney General Alan Wilson said in a statement.

Also under the deal, Takata agreed not to represent its air bags as safe unless supported by scientific evidence, not to falsify any testing data and to keep cooperating with automakers to make sure replacement inflators are available. It also will not sell any air bags that use ammonium nitrate unless it's for recall replacement parts. Some of the provisions already were included in an agreement with the National Highway Traffic Safety Administration.

Messages were left Thursday seeking comment from a Takata spokesman.

As part of a criminal plea agreement with the U.S. Justice Department, Takata agreed to pay victims $125 million and another $850 million in restitution to automakers who bought its inflators and are stuck with recall and litigation costs. Under the restructuring plan, Takata will sell most of its non-air bag assets to a Chinese-owned rival for $1.6 billion.

The problem touched off the largest automotive recall in U.S. history. Up to 69 million in the U.S. and another 60 million worldwide are being recalled, according to court documents and the U.S. National Highway Traffic Safety Administration.

The dispute has centered on the wages for meatpacking employees, health care costs and break times.
Jun 3rd, 2021
Follow Us
Most Recent