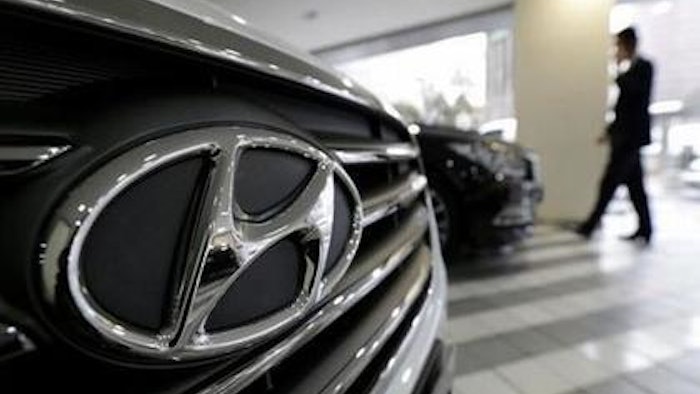 Hyundai is recalling about 41,000 small SUVs in the U.S. because a software glitch can stop the vehicles from accelerating.

The recall came after pressure from the National Highway Traffic Safety Administration. It covers 2016 Tucson models with seven-speed dual-clutch automatic transmissions made from May 20, 2015 to May 31, 2016.

Hyundai says it started getting reports in June that the engines would rev but the SUVs wouldn't move after coming to a stop. The problem was intermittent and often didn't repeat itself, the company said in government documents.

Engineers traced the problem to the transmission control computer that monitors driving to refine gear shifting. If the gas pedal is repeatedly cycled, the Tucson's may not accelerate, increasing the risk of a crash.

Hyundai at first sent a service bulletin to dealers but decided to do a recall after meeting with the safety agency on Aug. 10.

The recall began Sept. 7. Dealers will reprogram the transmission computer.