Prioritize Safety For The Bottom Line: Part I

This article focuses on the total costs of noncompliance and, on the flip side, the tremendous benefits of an injury-free workforce. 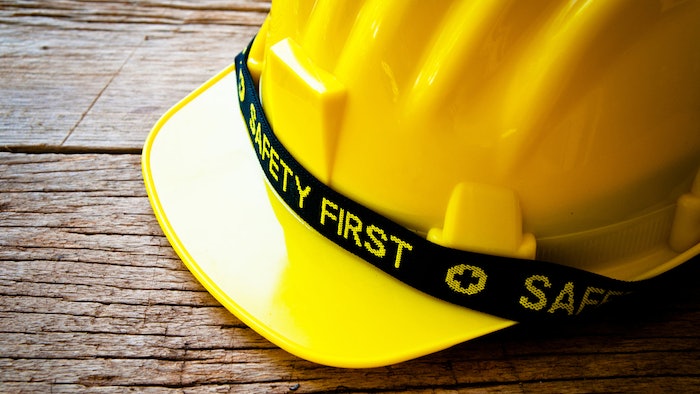 Workplace safety. It is the foundation of any company’s success. Put another way: “Fatalities and serious injuries are a sign of the management failure,” says former head of OSHA, David Michaels, in a Dec. 14, 2017, story for revealnews.org. “Poorly managed companies are not as profitable as well-managed companies.”

Safety should be the top priority, especially for workplaces with as many inherent dangers as industrial plants. But a quick scan through the Safety section of the IMPO blog shows that this is not the case. Stories of fatalities, deforming injuries, destroyed facilities, and resulting fines and lawsuits dominate the feed.

This is tragic for many reasons. The cost of human suffering is paramount, but there are also tremendous costs, both countable and less direct, to the companies not covering their safety bases. The good news is that injuries and accidents are largely preventable if a solid safety plan is created and implemented.

This article is the first in a three-part series focused on why and how to create a safe working environment. This first installment focuses on the total costs of noncompliance and, on the flip side, the tremendous benefits of an injury-free workforce. Part II will discuss all of the topics to consider in your safety program and why going beyond regulations is important. The series will wrap with a discussion of ways to create exceptional workplace safety.

Some speculate that recent changes in federal regulations concerning workplace mishaps is sending a message to employers that worker safety need not be the highest priority. As reported by Fortune in August of 2017, as well as other news outlets, OSHA is no longer required to report the circumstances surrounding workplace fatalities or the names of those who died. The agency also no longer provides a list of those involved in workplace injuries, which used to be posted to its website. Both regulations were put in place to encourage safety compliance.

Whatever the outside pressure and regulatory requirements, or lack thereof, there is one reality that should always spur your interest in prioritizing safety: accidents are expensive, and their negative effects reverberate.

There are the obvious hard costs involved with accidents such as increased insurance premiums, workers’ compensation, and medical bills. Consider this sobering statistic: on average, the total cost of a laceration amounts to $41,000. That’s just a common cut!

More serious injuries will not only cost more, but may require ongoing physical or occupational therapy and medication, which keeps the bills rolling in. Serious accidents, especially if fatalities are involved, may call for you to supply post-trauma therapy to witnesses or those otherwise involved in the incident.

There are less tangible but no less costly expenses such as disruption of workflow, lowered employee morale — seeing someone get hurt, or killed, is distressing — and hiring temporary or permanent replacement workers. Your employees are one of your greatest investments and also one of your greatest expenses.

Your workers possess training and knowhow — experience you have paid for — which is key to an efficient and productive workforce. An injured employee takes their value with them while you pay for their care and time away from work, as well as train someone new to get them up to speed, and pay that person to do the job left vacant. There will also be strain on other employees who have to pick up the slack of this inefficiency. What a loss.

Accidents don’t just involve people. Your equipment or facilities may also be damaged or ruined. Such wreckage can amount to huge financial burdens and total work cessation while fixes are made.

If the company is at fault for an accident, there may be those OSHA fines and employee lawsuits to contend with, causing ongoing headaches and costing thousands. Additionally, you may experience increased scrutiny by safety inspectors, which is not only disruptive and stressful, but a time suck. More valuable resources squandered.

Then there’s the bad press and reputation to contend with, and PR agencies don’t come cheap. Even with OSHA publicly reporting less information about accidents and fatalities, word gets around when people get hurt, especially if it’s the result of careless and irresponsible management.

Worker communities can be small and tight-knit. If your company has a bad reputation, the more qualified, experienced, and harder-working employees you seek will likely look elsewhere. Valuable workers prefer a workplace where they’re valued.

There are watchful journalists and whistleblowers who focus on exposing when workers’ rights to safety are violated. Powerful among them is the Center for Investigative Reporting (CIR) and its Reveal podcasts and website. Among CIR’s worker safety–focused investigations is the “Contract with Danger” series, which uncovers the numerous safety violations at shipbuilding yards in the United States, causing widespread public criticism.

The counter-weighing benefits to creating a strong safety culture in your workplace are many and great. Imagine creating a workplace that’s a model of worker safety. Every aspect will contribute to boosting your bottom line. Not only will you not be losing money to non-productive safety incidents, you’ll be optimizing productivity by having a more loyal, healthier, and more effective workforce. Further, employees who aren’t coping with the stress and trauma of experiencing injury or seeing their co-workers hurt can focus instead on their job.

Cared-for employees are more alert, clear-headed, and energetic. Healthy, happy employees also don’t miss as much work and are more likely to stay with the job; that means less of that disruptive and expensive task and replacing people (your HR department will thank you). A healthy team environment, which is a key aspect of a safe environment, results in employees looking out for each other and holding each other accountable. This all adds up to strengthening your profitability.

Not having to handle lawsuits and frequent visits from OSHA inspectors contributes to a more positive and less stressful management environment. Well-maintained equipment and facilities work better, contributing to overall better operations.

It makes savvy business sense to do everything possible to prevent lapses in safety. When you don’t just make the grade, but instead create an exceptionally safe working environment, it doesn’t just keep costs at bay, it’s a boon to business.

TJ Scimone founded Slice, Inc. in 2008, and has made safety his top priority since. Interested in raising the bar on reducing injuries, he collaborates with world-renowned engineers to rethink every aspect of safety design.