The effective date of a long-awaited rule that would reduce workers’ exposure to beryllium — a substance known to cause cancer — has been pushed back. Again.This time to May 20. 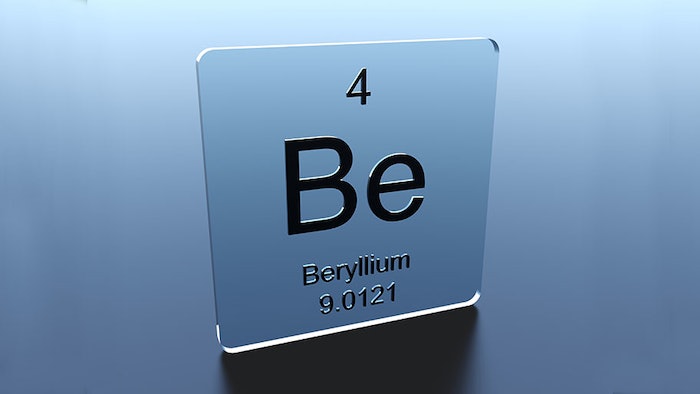 The effective date of a long-awaited rule that would reduce workers’ exposure to beryllium — a substance known to cause cancer — has been pushed back. Again.

The rule — the last major workplace protection finished by the Obama administration — was set to go into effect March 21, after being pushed back from March 10 due to a Presidential directive expressed in the Jan. 20 memorandum “Regulatory Freeze Pending Review”. Earlier this week the U.S. Department of Labor announced that the effective date was once again being delayed, this time until May 20.

The proposed delay will allow the Occupational Safety and Health Administration (OSHA) the opportunity for “further review and consideration of the rule, in keeping with the White House memorandum.”

The rule, once effective, would dramatically lower workplace exposure to the toxic metal beryllium.

Beryllium is a is a strong, lightweight metal used in the aerospace, electronics, energy, telecommunication, medical and defense industries. When ground, sanded or cut, the metal’s dust can cause an incurable, and often fatal, lung disease — Chronic Beryllium Disease.

The DOL stated in a release that recent scientific evidence shows low-level exposures to beryllium can cause serious lung disease. The new standard is 10 times stronger than the old one which was established in the 1940s and will apply to 62,000 workers.

“Outdated exposure limits do not adequately protect workers from beryllium exposure,” said Assistant Secretary of Labor for Occupational Safety and Health Dr. David Michaels. “OSHA’s new standard is based on a strong foundation of science and consensus on the need for action, including peer-reviewed scientific evidence, a model standard developed by industry and labor, current consensus standards and extensive public outreach. The new limits will reduce exposures and protect the lives and lungs of thousands if beryllium-exposed workers.”

The rule also establishes a short-term exposure limit of 2.0 micrograms per cubic meter of air over a 15-minute sampling period.