An aluminum company planning to build a $1.7 billion plant in Appalachia said Monday it's forging a partnership with a Russian company that until recently faced U.S. sanctions. 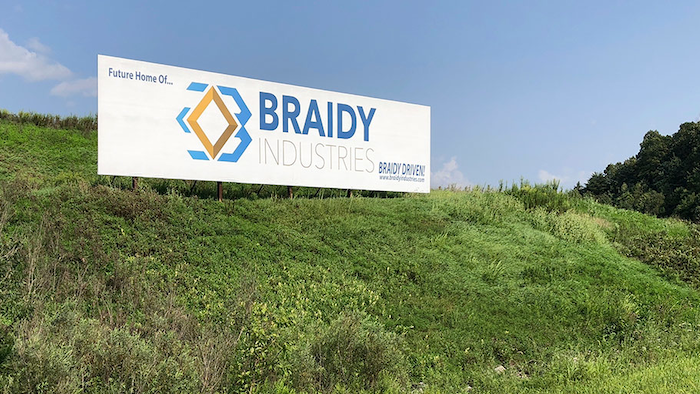 An aluminum company planning to build a $1.7 billion plant in Appalachia said Monday it's forging a partnership with a Russian company that until recently faced U.S. sanctions.

Russian aluminum giant Rusal wants to invest $200 million in a Kentucky taxpayer-backed aluminum rolling mill that Braidy Industries intends to build near Ashland, Kentucky. Rusal would supply aluminum for the new mill from a smelter under construction in Siberia.

Rusal said it would assume a 40 percent ownership stake in the mill in return for the investment, the Russian company said in a release.

Braidy would hold the other 60 percent share in the plant, which will produce aluminum sheet primarily for the transportation industry, including the automotive, aerospace and marine sectors.

The project is expected to create 1,500 construction jobs and more than 650 full-time jobs once the plant starts production, which is expected in early 2021. The plant is to be built not far from where Ohio, Kentucky and West Virginia meet on the Ohio River.

Rusal had been among Russian companies hit with U.S. sanctions for connections to Russian oligarch Oleg Deripaska. The U.S. Treasury Department announced in January it was removing Rusal and two other companies from its sanctions list on the grounds that the companies have reduced Deripaska's direct and indirect shareholding stakes in the three companies.

Deripaska has sued the Treasury Department and wants a federal judge to lift sanctions against him. He was slapped with sanctions targeting tycoons with close ties to the Kremlin.

In Kentucky, Braidy announced plans for the mill two years ago but has been working since to complete financing. Kentucky Gov. Matt Bevin, who is seeking re-election this year, has touted the project as evidence of his leadership in bringing jobs to Appalachia.

Braidy would not have been able to form the partnership with Rusal if the sanctions were still in place.

"Anyone that will help me rebuild Appalachia with prosperity ... I will welcome," Braidy CEO Craig Bouchard said in a phone interview Monday. "We're very, very cautious and careful about observance of all rules, regulations and laws. This is a non-controversial item for us. We're business people, not politicians."

Kentucky lawmakers approved an unusual, $15 million investment in the Braidy project that was worked out by Bevin's administration, making taxpayers partial owners of the mill.

Bouchard said Monday that Kentucky will reap $22 million in state income taxes every year if the mill meets projections.

Bevin, a Republican ally of President Donald Trump, said Monday that the Rusal investment will have a "powerful impact on the economic revitalization and industry diversification in eastern Kentucky." Thousands of coal jobs have disappeared from eastern Kentucky in the past decade, and the spinoff effect has hurt many other businesses in the region.

Rusal is among the world's largest aluminum producers. Bouchard touted the environmental benefits of the partnership.

"The bottom line is that without Rusal we could not build an environmentally-conscious mill of this scale," he said. "We enter the market with the perfect customer proposition — low cost, high quality and low carbon is the future of aluminum."

Braidy and Rusal said they have entered into a letter of intent and expect to sign a binding document in the second quarter of 2019.

Lord Gregory Barker, executive chairman of En+ Group, the parent company of Rusal, said the announcement is "an important first step in forging the long-term partnership that will be vital to building this globally unique plant."

"Of all prime producers around the world only Rusal, the largest outside China, has the capacity to supply such a large new plant with the high-quality, low-carbon aluminum it needs," he added.

The Kentucky project's debt will be raised from several financial institutions, Rusal said.

Braidy's recent security filings indicate that the company was in the "late stages" of completing financing for the mill.

Just last year, a filing with the Securities and Exchange Commission revealed that Braidy still had to raise hundreds of millions of dollars to complete construction of the Kentucky project.