Most consumers experience challenges using several new types of smart high tech devices, according to a new report from Accenture titled Engaging the Digital Consumer in the New Connected World. 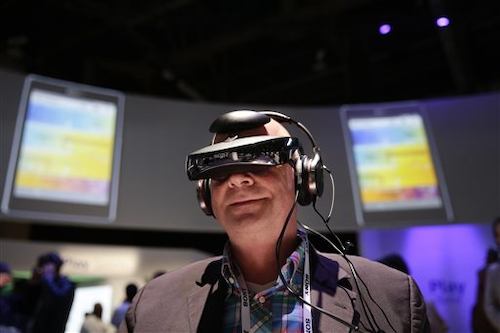 The biggest challenges consumers face are that the smart devices are “too complicated to use” (21 percent), “set-up did not proceed properly” (19 percent), and “did not work as advertised” (19 percent).

“For these new connected device categories, high tech companies need to go back to the drawing board and rethink their product development approaches to focus on the entire customer experience,” said Sami Luukkonen, managing director for Accenture’s Electronics and High Tech group. “They should make fundamental strategic changes that no longer focus on product feature differentiation but rather holistic, digital experience differentiation.”

Across all age groups and geographic regions surveyed, 33 percent cited “ease of use” as the most important criteria when deciding which of these products to buy. Twenty-nine percent said “product features and functionalities” are important. And 22 percent said the same about buying “a trusted brand.”

Purchase intent for new categories in short and long term
While respondents revealed relatively modest purchase intentions over the next 12 months across the newer high tech device categories, their purchase plans are much more robust over a five-year period.

Other categories with strong purchase interest over the next five years include home connected surveillance cameras and security systems at 41 percent, smart thermostats at 39 percent, connected car entertainment systems at 37 percent, and home 3D printers and wearable heads-up display glasses at 35 percent each.

Slowing pace of growth in traditional device categories
After several years of rapid growth, the survey revealed purchase intentions are trending downward in several major and more traditional high tech product categories. From 2014 to 2015, the percentage of respondents who plan to purchase dropped for nine of the 13 product categories surveyed, including smartphones, tablets, laptop computers, HDTVs and desktop computers.

“As consumers’ purchasing plans decline for mature device categories, high tech companies need to replace lost revenues with sales in new categories such as wearable health and fitness monitors,” added Luukkonen. “These categories are prime examples of the expanding Internet of Things market, which will be a critical high tech growth engine for many years to come.”

Accenture views the Internet of Things as the convergence of intelligent products and services that communicate with each other, and with people, over global networks.

Digital distrust
The survey found that trust is a big concern for consumers. More than half (54 percent) are not always confident about the security on the Internet of their personal data, such as email addresses, mobile phone numbers, and purchasing history. In addition, the percentage of people who are “not confident at all that the security of my personal data is protected on the Internet, so I never share information this way” rose from 7 percent last year to 10 percent this year.

Brand is key factor in smartphone purchasing
A positive feeling about a company’s brand is a key selection criterion when consumers purchase new devices—and the top criteria when they select a new smartphone. When asked to provide major reasons they are thinking of buying a particular smartphone, 49 percent said “I like this brand” and 32 percent indicated “I already own devices from the same brand” or “the design, look and feel of the device.” Other important factors included “it runs the operating system I like” at 27 percent, and “superior battery or screen” at 20 percent.