The head of the United Autoworkers union recognizes the need to ensure the long-term health of the U.S. auto industry, but says that the union is prepared to call for its members to walk out, if necessary. 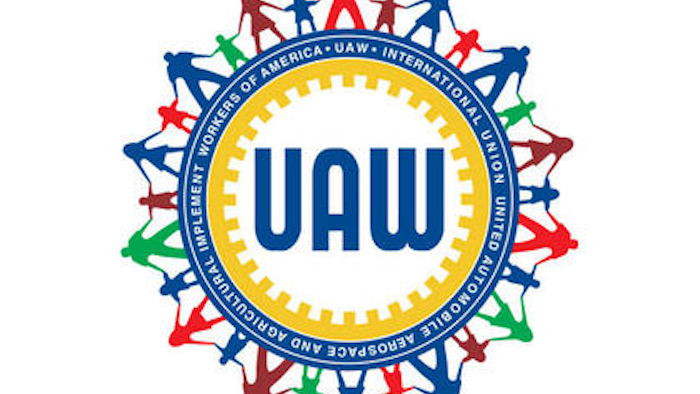 The head of the United Autoworkers union recognizes the need to ensure the long-term health of the U.S. auto industry.

But as the UAW prepares to enter negotiations with the "Big Three" auto companies — General Motors, Ford and Fiat Chrysler — Dennis Williams says the union is prepared to call for its members to walk out, if necessary.

The union was prohibited from striking under the terms of its last contract, signed in 2011 after a government bailout kept the industry afloat following the Great Recession. That contract, however, expires in September, and Williams has been vocal about the need for additional compensation for workers.

"In the Big Three, what we consider legacy employees have not had a general wage increase for many years and we will be addressing that," Williams said at a press conference late last year.

In addition to calling for auto companies to reward workers for recent industry profits in the wake of the recession, the UAW is also seeking to narrow the gap between wages for veteran workers and a threshold negotiated for new employees in its 2007 contract.

But Williams also said negotiators must be "creative" in order to advance both the companies' and members' interests, including the possibility of increasingly tying variable pay to company profits.

"We’re ... mature organizations that have been through a hell of a lot together to survive," Williams said during an interview with Reuters this week. "None of us want to blow it."

The UAW is the largest shareholder in GM, for example, and has a vested interest in avoiding labor costs that had long outpaced foreign competitors and undermined the industry during the recession.

But the union must also address the interests of rank-and-file members, particularly in Michigan, which passed legislation banning mandatory union membership as a condition of employment — or "right-to-work" — in 2012.

Auto companies and their employees, meanwhile, are heading to the negotiating table during an increasingly volatile time for industrial labor relations.

Thousands of workers at oil refineries went on strike earlier this month as members of the United Steelworkers Union sought wage and benefit increases and increased safety measures. And although they remain on the job, an impasse between dockworkers and port managers on the U.S. West Coast has stretched into its ninth month amid a cargo gridlock on some of the nation's critical docks.

Although union membership in the U.S. has steadily declined in recent decades, the country's economic recovery and high industry profits have emboldened organized labor, analysts said. Those labor issues are also playing out against the backdrop of the income inequality debate in Washington.

"This is a political opportunity for organized labor,” said Harvard University professor Bruce Western. "Although the inequality discussion is opening up a space, the conversation has so far not really addressed the problems of parents trying to raise their children, trying to guarantee them a better future."