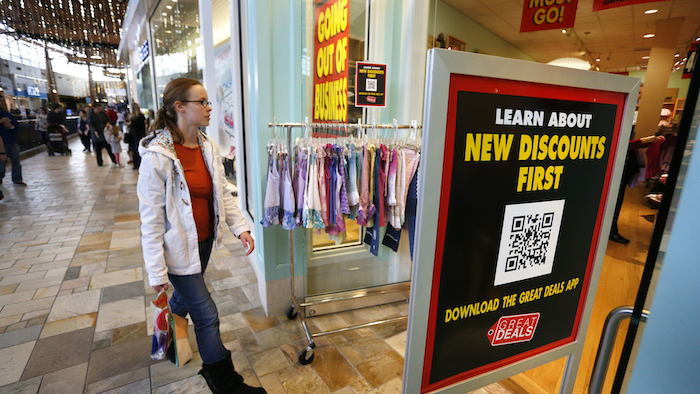 "If you're looking for signs of inflation, you will have to look elsewhere," said Jennifer Lee, an economist at BMO Capital Markets.

Core inflation, which excludes volatile energy and food prices, rose 0.1 percent in November. For the past 12 months, overall inflation has risen 1.3 percent while core inflation has increased 1.7 percent.

Both annual gains are well below the Federal Reserve's 2 percent inflation target. This gives Fed officials who end their policy meeting Wednesday afternoon significant leeway to keep a key interest rate at near zero, which helps infuse the economy with capital to boost economic growth and hiring.

Falling oil prices and a strong dollar, which lowers the price of foreign-made goods, have combined to curb inflation. Prices have barely budged, even though hiring has picked up and the unemployment rate has fallen to 5.8 percent.

The average price of a barrel of oil has dropped below $56 from a summer high of $107. That reflects less global demand as Japan has tumbled into a recession, Europe staves off a slowdown, China manages an economy with less momentum and Russia copes with its collapsing currency. But U.S. consumers have largely been insulated from these pressures and benefited from less expensive oil.

Average gas prices nationally have dropped to $2.53 a gallon from $2.89 a month ago and $3.23 a year ago. This suggests that inflation remained subdued in December and may remain modest in the coming months.

Cheaper gas frees up income to be spent elsewhere, often helping to support other sectors of the economy.

The benefits of lower gas prices appear to have spilled over to consumer spending at the start of the holiday shopping season.

A prolonged rise in consumer spending should eventually push up core inflation.