A vote on combining companies in the Samsung empire is pitting its wealthy founding family against small shareholders and foreign investors in a rare challenge to the power of South Korea's ubiquitous business conglomerates. 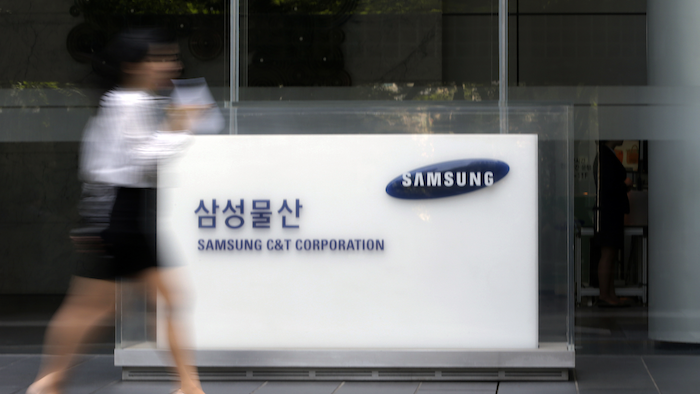 SEOUL, South Korea (AP) — A vote on combining companies in the Samsung empire is pitting its wealthy founding family against small shareholders and foreign investors in a rare challenge to the power of South Korea's ubiquitous business conglomerates.

Shareholders at construction company Samsung C&T will vote Friday on the proposed takeover of it by another Samsung company, Cheil Industries. The takeover is crucial for consolidating a once-in-a-generation leadership shift at Samsung, a vast conglomerate of 67 affiliated companies with smartphone powerhouse Samsung Electronics at its center.

The business empire's ailing patriarch Lee Kun-hee has been hospitalized since May last year and his son Lee Jae-yong is assuming a bigger leadership role but lacks a significant stake in flagship company Samsung Electronics.

The proposed all-stock takeover will give him that stake without having to spend billions of dollars to buy it from other shareholders. But the deal has met unexpected opposition led by U.S. hedge fund Elliott Associates, which owns 7.1 percent of Samsung C&T and says the terms of the deal undervalue its shareholding.

The outcome of the vote will also influence overseas perceptions of South Korea. The country has long faced criticism that the founding families of its big business groups known as chaebol exercise too much power over companies that have become publicly traded. Those concerns about poor governance and weak shareholder rights have resulted in foreign investors marking down the value of South Korean shares.

The deal "has economic importance to us, but we think it's also important for Koreans - the way Korea and Korean corporate governance is perceived in the world," Paul Singer, founder of Elliott, said in an interview with CNBC.

In the days leading up to the vote, Samsung C&T has taken out television and front-page newspaper ads asking shareholders to vote for the takeover. It has also mobilized employees to visit shareholders with mango juice and watermelon.

Some shareholders voiced complaints on an online forum that Samsung had shared their private information with its employees without consent.

Matters took an ugly turn when business publications used anti-Semitic smears to attack Elliott and its founder. Samsung C&T on Wednesday removed cartoons it had posted online that depicted Singer as a ravenous big-beaked vulture.

Elliott responded to the general hostility by releasing a picture of Singer during the 2002 World Cup in South Korea that shows him clad in the red shirt that South Koreans wore to root for their national team.

Elliott's opposition to the takeover, which has swelled to include small South Korean shareholders and pension funds from Canada and the Netherlands, is an unexpected challenge to the Lee family's power.

The hedge fund has unsuccessfully filed lawsuits to stop the takeover. But two major advisory firms outside Korea, whose opinions on business decisions are respected by global investors, and two advisory firms in Korea have also called the deal unfair to Samsung C&T shareholders.

The vote is a close contest.

Media reports said South Korea's National Pension Service, with a 9.9 percent stake in C&T, will vote for the takeover. It has refused to comment. But even with the pension fund behind it, Samsung still needs support from other investors to gather the required two thirds of votes.

About one quarter of C&T shares are owned by foreign investors and another quarter by mom-and-pop South Korean investors that have not publicly disclosed their position.

Samsung says the takeover is needed to improve the financial performance of Samsung C&T, a construction and trading company. Analysts, investors and corporate governance experts all interpret the deal as an attempt to give the Samsung heir influence at Samsung Electronics.