Home Depot may be the latest retailer to suffer a major credit card data breach. 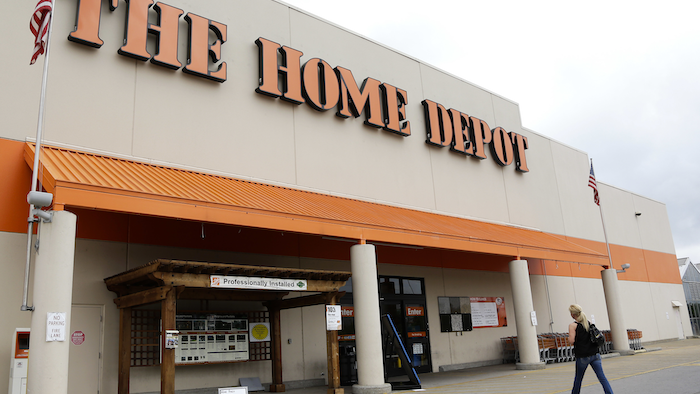 The Atlanta-based home improvement retailer told The Associated Press Tuesday that it is working with both banks and law enforcement to investigate "unusual activity" that would point to a hack.

"Protecting our customers' information is something we take extremely seriously, and we are aggressively gathering facts at this point while working to protect customers," said Paula Drake, a spokeswoman at Home Depot, declining to elaborate. She said the retailer would notify customers immediately if it confirms a breach.

Hackers have broken security walls for many retailers in recent months, including Target, grocery store chain Supervalu, P.F. Chang's and the thrift store operations of Goodwill. The rash of breaches has rattled shoppers' confidence in the security of their personal data and pushed retailers, banks and card companies to increase security by speeding the adoption of microchips into U.S. credit and debit cards.

Supports say chip cards are safer, because unlike magnetic strip cards that transfer a credit card number when they are swiped at a point-of-sale terminal, chip cards use a one-time code that moves between the chip and the retailer's register. The result is a transfer of data that is useless to anyone except the parties involved. Chip cards are also nearly impossible to copy, experts say.

The possible data breach at Home Depot was first reported by Brian Krebs of Krebs on Security, a website that focuses on cybersecurity. Krebs said multiple banks reported "evidence that Home Depot stores may be the source of a massive new batch of stolen credit and debit cards" that went on sale on the black market earlier Tuesday.

"If that is accurate — and if even a majority of Home Depot stores were compromised — this breach could be many times larger than Target, which had 40 million credit and debit cards stolen over a three-week period," said the Krebs post.

Krebs said that the party responsible for the breach may be the same group of Russian and Ukrainian hackers suspected in the Target breach late last year. Krebs also broke the news of Target's breach.

Target Corp., based in Minneapolis, is still trying to get beyond its massive breach that occurred late last year and hurt sales, profits and its reputation with customers. It has been overhauling its security department and systems and is accelerating its $100 million plan to roll out chip-based credit card technology in all of its nearly 1,800 stores.

New payment terminals will appear in stores by this month, six months ahead of schedule. In April, the retailer announced it teamed up with MasterCard to issue branded Target payment cards equipped with chip technology by early in 2015.

In a separate statement Tuesday, Goodwill said its customers' credit and debit card numbers had been stolen at more than 300 stores in 19 states and Washington, D.C. rom February 2013 through Aug. 14. Goodwill blamed the security lapse on an unidentified contractor's payment processing system. Reports about fraud linked to shoppers' cards have been "very limited," Goodwill said.

The company had said in July that it was investigating the breach.