The number of Americans seeking unemployment benefits fell 5,000 last week to a seasonally adjusted 305,000, the second-lowest level in six years. 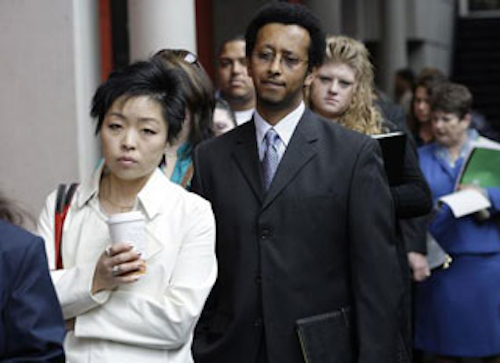 All states reported their first-time applications on time, a department spokesman said. Applications plummeted three weeks ago because computer upgrades in California and Nevada prevented them from fully reporting their data. Those states have cleared their backlogs, the spokesman said.

Applications are a proxy for layoffs. Fewer layoffs suggest employers are confident enough to maintain their staffing levels. But companies have been reluctant to take the next step and ramp up hiring.