IBM's CEO, Other Top Execs Give Up 2013 Bonuses

IBM CEO Virginia Rometty and the rest of her senior management team are relinquishing their 2013 bonuses as penance for the technology company's lackluster performance last year. 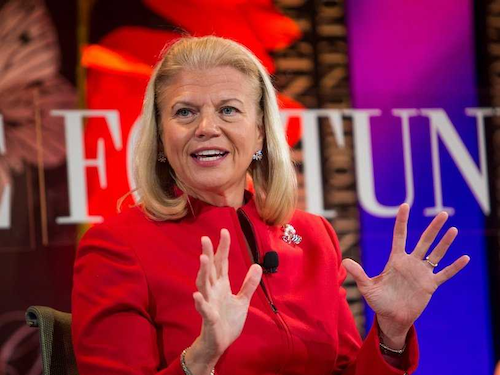 ARMONK, New York (AP) -- IBM CEO Virginia Rometty and the rest of her senior management team are relinquishing their 2013 bonuses as penance for the technology company's lackluster performance last year.

The decision disclosed in a Friday regulatory filing will result in a substantial pay cut for the affected executives, whose annual bonuses often exceed their salaries.

As CEO, Rometty will be the hardest hit. She received a $3.9 million bonus in 2012 and was eligible for a $4 million payout last year, although it's unlikely she would have received that much because IBM's financial results didn't live up to expectations.