Drillers, business leaders and politicians are hoping the natural gas boom is so big that it brings life to Pittsburgh's stagnant manufacturing sector. The rush of gas from the Marcellus shale and other formations can provide cheap fuel for a renaissance in domestic plastic- and steelmaking. 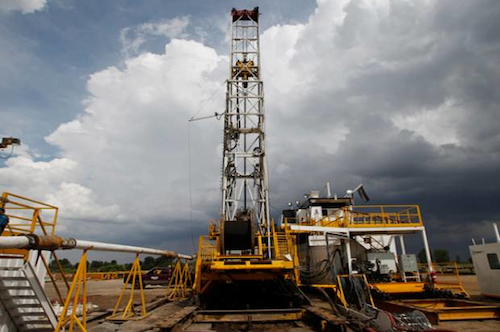 PITTSBURGH (AP) -- In the earlier days of Pennsylvania's natural gas boom, Jennison Manufacturing Group sent a salesman out to the countryside for eight months of driving from drill site to drill site. He went far from the office suites and conferences where deals usually get struck, but Jennison was chasing the next great hope.

The gas boom could be the biggest opportunity for local manufacturers like Jennison in at least 30 years, company officials said. Jennison officers have spent years trying to get in, starting from scratch, at first with no contacts and no help, going to well sites, being nice to security and trying to meet drillers just to identify potential buyers.

The Rosslyn Farms-based Jennison, which produces specialty tools and equipment, is hoping it will turn a corner soon. About 15 percent of its business comes from the energy industry, and it's been researching products, starting an energy division and getting certification from the American Petroleum Institute to try for more.

"We feel like once our name is known, it's just going to be a matter of people coming to us and telling us what they need," said Deborah Jennison, whose father started the family-owned company in 1983. "There's just so much opportunity here."

Drillers, business leaders and politicians are hoping the natural gas boom is so big that it brings life to Pittsburgh's stagnant manufacturing sector. The rush of gas from the Marcellus shale and other formations can provide cheap fuel for a renaissance in domestic plastic- and steelmaking. And the ramp-up in drilling has drillers buying more pipes and parts for their work.

But for now, in Western Pennsylvania, it's still mostly hope for the future. Pittsburgh-area manufacturers added just 500 employees between 2011 and 2012, the most recent years available from business groups that track statistics. That's the second straight year of small gains, and the sector is down 9.3 percent from the 106,000 workers it had in 2008.

Though drilling has helped reverse years of losses, gas prices are so low that drillers haven't done enough work to transform the economy, according to economic analysts. The region's manufacturers are still feeling the downturn caused by 2008's financial crisis, and consumer demand, especially the housing market, likely will be the biggest influence on growth for the next two years, said Kurt Rankin, an economist at PNC Financial Services Group.

That doesn't mean it will always be that way.

"Marcellus shale outweighs that by leaps and bounds over the next 10 years," Rankin said. "At what point that avalanche starts to run is a big question."

There aren't enough businesses using natural gas right now to bring that soon, but that's on course to change within a few years. The chemical industry alone is planning to spend $71.7 billion through 2020 on gas-fed plants, according to American Chemistry Council data. The electric power industry and natural gas exporters are also spending billions on new plants across the country, with many already under construction.

Once that wave of new demand goes online, prices should rise, encouraging even more drilling around the country. The ideal scenario is that it hits a sweet spot under $6 per unit, cheap enough to fuel growth in domestic manufacturing while still putting the drilling industry — and its manufacturing suppliers — into overdrive, Rankin and other experts said.

Primary metals and the chemical industry are the two biggest beneficiaries of the surging shale gas supply, according to a December long-term forecast from the Department of Energy. Drillers need steel for pipelines to move gas around, and chemical plants can use natural gas to make fertilizers and plastics. If the chemical arm of Royal Dutch Shell plc follows through on a multibillion-dollar proposal to build a plant that turns shale ethane into plastics, it would be the most transformative advancement for the region, sprouting an almost totally new plastics industry here, Rankin said.

So manufacturing companies have been gearing up. Jennison spent $50,000 and two years of work to get certification from the American Petroleum Institute, hoping to prove to drillers their products meet the highest industry standards, company executives said. Other companies are adding staff, too.

"We see it, yeah. Every company that we know of and work with practically is seeing good business opportunities," said Petra Mitchell, CEO of Catalyst Connection, a Pittsburgh nonprofit that helps manufacturers, including Jennison. "They're looking to hire. They're making modest investments. We're cautiously optimistic."

The companies that make metal parts, engines and machines for the natural gas industry have made the greatest economic impact nationally, but it's been limited here so far. Employment in this manufacturing sector averaged about 10,300 workers in the Pittsburgh metropolitan area in the first three months of 2013, — the most recent federal data available — down about 100 employees from the same period the year prior. That's down about 1,000 workers since the gas boom started in 2007.

A lot of the drilling supply business is going out of state, locals said. Drillers move fast and rely on efficient logistics, so they're apt to stick with contractors they know and trust for their supply chain, even if that means using companies based out of Texas or Louisiana, locals said. For most of the small machine shops and toolmakers regionally, it's been too pricey to acquire the more stringent drilling industry certification, said Edward Sikora, director of the National Tooling and Machining Association's Pittsburgh chapter.

"It's a good-old boys' network, for lack of a better term," said Paul C. Sirney, vice president at Jennison. "The key is they just don't know about us yet."

That's a process that can take years. At All Water Systems in Turtle Creek, CEO Bob Hoolahan thought two years ago he had a deal to manufacture water purifiers that could be put on trailers for easy moving between drill sites. But then, the price of natural gas crashed, drilling slowed a bit and that deal never materialized, he said.

It may take some time, but Hoolahan hopes the drilling industry will transform his business.

"It's going to be slow, just the way they're functioning, in getting it moving. But when they do, it's going to be an explosion. It's that type of business."