California lawmakers are nearing a high-stakes decision that will decide the fate of a climate initiative that Gov. Jerry Brown holds up as a model to be replicated around the world to confront rising global temperatures. 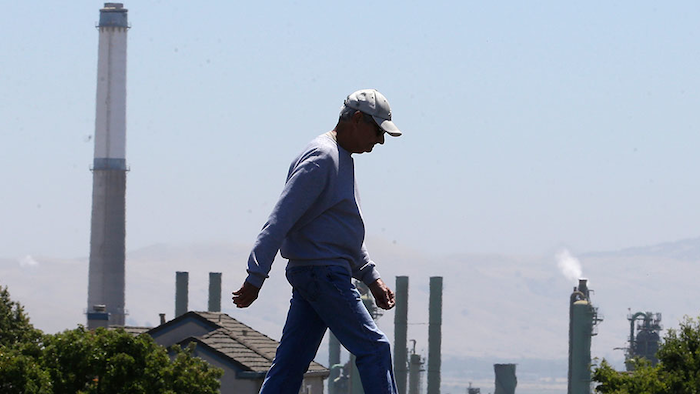 SACRAMENTO, Calif. (AP) — California lawmakers are nearing a high-stakes decision that will decide the fate of a climate initiative that Gov. Jerry Brown holds up as a model to be replicated around the world to confront rising global temperatures.

The vote Monday on whether to give another decade of life to California's cap-and-trade program has global implications as the largest U.S. state moves to be a leader in reducing carbon emissions at a time when President Donald Trump is pulling back from fighting global warming.

Brown portrays the initiative as essential for the survival of civilization, but critics say it fails to aggressively combat pollution. It is one of his highest priorities as he nears the end of his fourth term, but he's struggled to line up support from two-thirds of lawmakers that he will need to pass the extension.

The program expires in 2020 if lawmakers don't renew it.

Brown sounded an apocalyptic tone in a rare personal appeal before a Senate committee last week, telling lawmakers that failing to pass his bill would lead to fires, disease and mass migration, not to mention higher costs for food and gasoline.

The idea is supported by national environmental groups and business interests, which echo Brown's refrain that cap and trade is the most affordable way for California to meet its ambitious climate goals.

But his plan has mobilized intense opposition from conservatives who say it will raise costs in an already expensive state as well as from liberals who say it's too timid for progressive California.

Cap and trade puts a limit on carbon emissions and requires polluters to obtain permits to release greenhouse gases. Some permits, known as allowances, are given away while others are auctioned, generating billions of dollars in revenue for the state.

Lawmakers are considering a two-measure package, one to renew cap and trade through 2030 and another aimed at improving local air quality.

State law requires California to reduce greenhouse gas emissions 40 percent from 1990 levels by 2030 — among the most aggressive mandates for carbon reduction in the world. Without cap and trade, state regulators will be forced to enact restrictive mandates on polluters that would be burdensome for businesses and significantly more expensive for consumers, Brown said.

The legislation shows the divisions between environmentalists who work nationally, focusing on reducing global carbon emissions and creating a policy that can be replicated elsewhere, and environmental justice advocates who work locally. The latter group says cap and trade allows polluters to keep fouling the air around major sources of pollution like refineries.

Environmental justice advocates object to concessions Brown made to the oil industry and other polluters in a bid to win support from Republicans and moderate Democrats.

Some lawmakers have questioned why Brown so urgently wants to extend a program that doesn't expire for another 2½ years. Brown says extending it now would give businesses the certainty they need to plan.

A quick extension would also bolster Brown's global advocacy for climate action. He made a high-profile trip to China last month, plans to attend a climate summit in Germany in November and will host a climate conference next year in San Francisco.