A European Union court on Tuesday dismissed a bid by 26 companies to annul anti-dumping tariffs imposed by the bloc on Chinese solar panels more than three years ago. 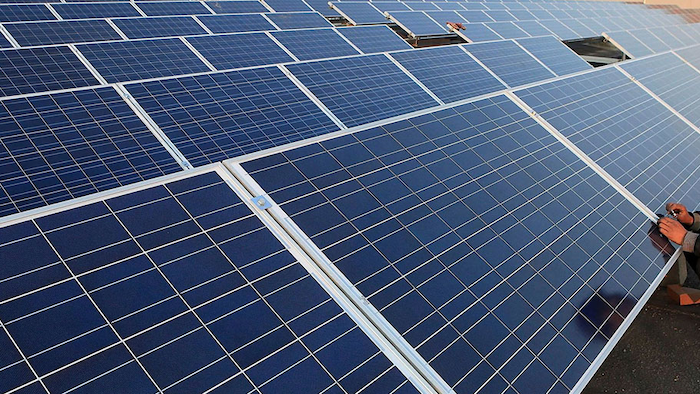 BRUSSELS (AP) — A European Union court on Tuesday dismissed a bid by 26 companies to annul anti-dumping tariffs imposed by the bloc on Chinese solar panels more than three years ago.

The 28-nation EU raised import duties on Chinese solar panels and key components at the end of 2013 after concluding that Beijing improperly subsidized manufacturers and that the panels were being sold well below their normal market value.

The EU's Luxembourg-based General Court upheld all the duties, which came to an average 47.7 percent, finding that it was also proper to apply them when parts of panels originated in other countries but were exported as part of a product from China.

In another decision reflecting trade tensions between two of the world's biggest economic powers, the EU Commission said it was imposing definitive anti-dumping tariffs ranging from 65 to 73 percent on imports of Chinese heavy steel plates after provisional ones had been in place since October.

The duties "will help protect EU steel producers from the damaging effects of Chinese dumping," the Commission said.

Steel production was at the heart of Europe's industrial revolution but employment has now plummeted to an all-time low of 330,000. The EU says it currently has 41 anti-dumping or anti-subsidy measures involving steel products in place, 18 of which target Chinese products.