Most U.S. consumers haven't heard of LeEco, but the Chinese technology company is setting out to become a household name with smartphones and flat-screen TVs that undercut the prices of Apple, 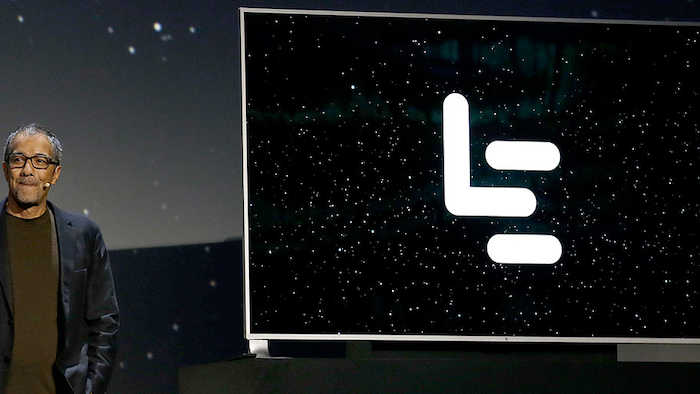 SAN FRANCISCO (AP) — Most U.S. consumers haven't heard of LeEco, but the Chinese technology company is setting out to become a household name with smartphones and flat-screen TVs that undercut the prices of Apple, Google, Samsung and other industry stalwarts.

LeEco heralded its entrance into the U.S. market during a Wednesday showcase in San Francisco, where the company unveiled a sleek smartphone called the LePro 3 that will sell for $400 and an internet-connected TV with a 7-foot screen priced at $5,000.

LeEco positions the LePro 3 as an alternative to Apple's latest iPhone and Google's Pixel phone, whose prices both start at $650. LeEco is promising its giant TV, called the UMax 85, will be as good or better than other high-end home entertainment systems that cost $8,000.

Both the phone and TV will go on sale Nov. 2 in LeEco's online store, LeWeb.com. The company also is selling a smaller smartphone and smaller TVs with screens ranging from 43 inches to 65 inches.

Besides the phones and TVs, LeEco also is coming to the U.S. with a virtual-reality headset, a high-tech bicycle and an electric car in a challenge to Tesla Motors.

The company wants to bundle the devices with other services, including an online video package of shows and movies that ties into its origins as the "Netflix of China."

LeEco, which stands for "Happy Ecosystem," is branching out to challenge technology leaders who have been able to demand a premium for their products partly because they have been pleasing U.S. consumers for years.

Innovation in the U.S. has hit a "bottleneck," making it an optimal time for LeEco to enter the market, Jia said in an interview with The Associated Press that was also translated. He envisions creating a platform that enables consumers to hopscotch from LeEco TVs to phones to cars to watch its video service and use other applications that that company plans to introduce.

The company is using the devices as "Trojan horses," to deliver its digital services, said Gartner analyst Werner Goertz. "This is a general trend in the industry, and LeEco is a prime example of how companies are subsidizing hardware with ulterior motives."

Google is similarly selling its new Pixel phone in an effort to drive more traffic to its search engine and other service, Goertz noted, though that device is being sold at a premium price. Amazon.com's Echo, an internet-connected speaker that understands and responds to spoken language, also is designed to get boost sales at the company's e-commerce site.

The expectations for LeEco are modest. The research firm Strategy Analytics projects that LeEco will sell about 25 million smartphones worldwide this year. By comparison, Apple had sold 214 million iPhones in the past year ending in June.

Other Chinese companies that tried to make a splash in the U.S. consumer electronics market have barely made a ripple.

But LeEco is making a major commitment.

During the summer, the company paid $2 billion for budget-TV maker Vizio, a well-known brand in the U.S. that sells in Costco and other prominent chains. It employs several hundred workers at its U.S. headquarters in San Jose, California, with ambitions to expand in Silicon Valley. Earlier this year, it spent another $250 million to snap up a 50-acre site in Santa Clara, California, where it has approval to build an office complex that could span up to 3 million square feet and accommodate about 12,000 workers. Jia plans to call the complex "EcoWorld."

"They are not taking a half-baked approach," Goertz said. "But I think they are going to be hemorrhaging money for the foreseeable future. The question is how long they can sustain this strategy?"

Jia, who has accumulated an estimated fortune of nearly $5 billion, will shoulder a huge chunk of any losses because he owns half of LeEco. He declined to say how much LeEco has spent in the U.S. so far.

"We are financially prepared to bring a new model and a new value for the U.S. consumers," Jia said.