South Korea plans to review if there was any negligence in the government's handling of sick workers' inquiries about workplace toxins, after an Associated Press investigation found the government repeatedly withheld such information following requests from Samsung. 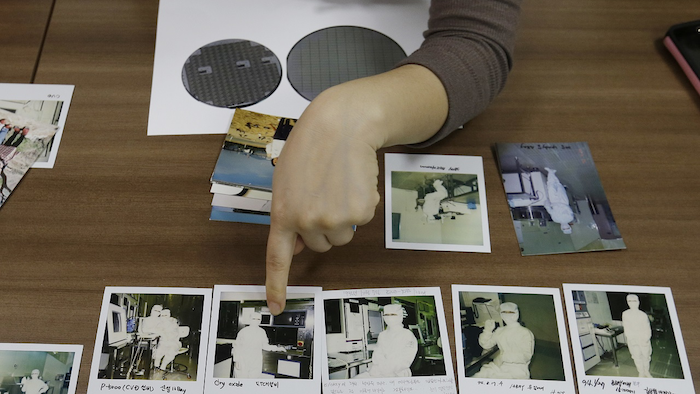 SEOUL, South Korea (AP) — South Korea plans to review if there was any negligence in the government's handling of sick workers' inquiries about workplace toxins, after an Associated Press investigation found the government repeatedly withheld such information following requests from Samsung.

The AP reported Wednesday that in workers' compensation cases involving at least 10 former Samsung Electronics Co. semiconductor and display plant workers with various diseases, regulators allowed Samsung to use trade-secrets concerns to block release of information about exposure to toxins. It is almost impossible to gain compensation without such data.

Samsung, by far South Korea's biggest employer, said Wednesday in response to AP's report, "The claim that Samsung Electronics intentionally blocked workers from accessing chemical information pertaining to workplace health and safety, or illegally prevented the disclosure of such information, is not true."

The company did not immediately respond to a request for comment on the government official's statement.

South Korea law bars governments and public agencies from withholding corporate information needed "to protect the lives, physical safety, and health" of individuals on trade-secrets grounds, but there are no penalties for violations. Government officials openly say corporate interests take priority, that evaluating trade-secrets claims is difficult, and that they fear being sued for sharing data against a company's will.

Earlier, one official described Samsung as his "client" to the AP. He said keeping its trade secrets was "about trust."

In a separate response to the AP report, a South Korean legislator said that there were other cases where the labor ministry did not evaluate Samsung's trade secrets, obscuring information about workplace hazards.

Kang Byungwon of the main opposition Minjoo Party said that when the labor ministry investigated workplace safety at a Samsung chip factory after a deadly accident in 2013, many of the findings were not disclosed to lawmakers, on grounds of protecting trade secrets.

"The problem was that even the labor ministry did not know what those trade secrets were. That means that the ministry did not really evaluate the workplace hazards," Kang said in an emailed statement. "What we learned from the investigation was that rather than protecting workers' health, Samsung Electronics seemed more interested in meeting the minimum legal requirements."

Kang said that South Korean legislators are considering proposing an approval system for trade secrets so that experts must judge whether there are legitimate reasons to withhold information about chemical substances as trade secrets.