The panel signaled approval of the company's plans to address worries. 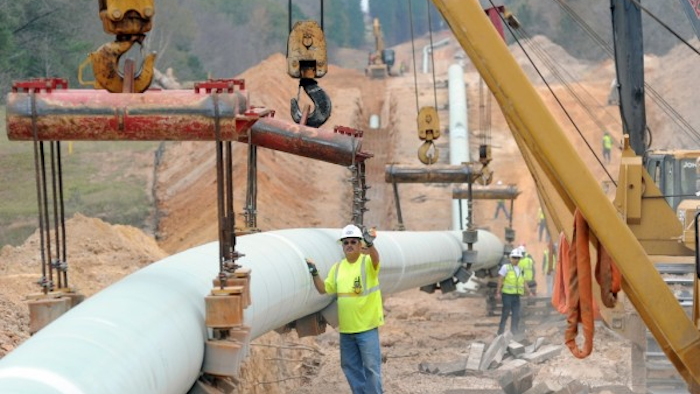 A Texas company appears to have adequately addressed some of the biggest environmental issues facing its $3.8 billion pipeline from western North Dakota to Illinois, North Dakota regulators said Monday.

North Dakota's Public Service Commission held an informal work session on Dallas-based Energy Transfer Partners' Dakota Access project, the biggest-capacity pipeline proposed to date to move North Dakota crude across South Dakota and Iowa on its way to Illinois, where crude would be shipped to Midwest and Gulf Coast refineries.

Though the three-member regulatory panel took no action Monday, it signaled approval of the company's plans to address worries about river crossings and returning the land to normal after the pipeline has been placed. It was the first time the panel had met since holding public hearings on the project in Mandan, Killdeer and Williston.

Almost 360 miles of the 1,130-mile pipeline would pass through North Dakota at a cost of about $1.4 billion. The steel pipeline will vary in diameter from 12 inches to 30 inches and would be buried at least 4 feet below ground.

The company said the pipeline would carry 450,000 barrels of crude per day and could be expanded to 570,000 barrels daily depending on demand.

Fedorchak said the panel should have a final decision on the company's permit application in the next few months.

The company had hoped to start construction this year and have it operating late next year.

Regulators in South Dakota, Iowa and Illinois still have to approve permit applications in those states.

The company reported Monday that it has acquired 64 percent of the easements needed in North Dakota, up 8 percent from May. The company has said it would use the eminent domain process to acquire other easements if agreements with landowners can't be reached voluntarily.