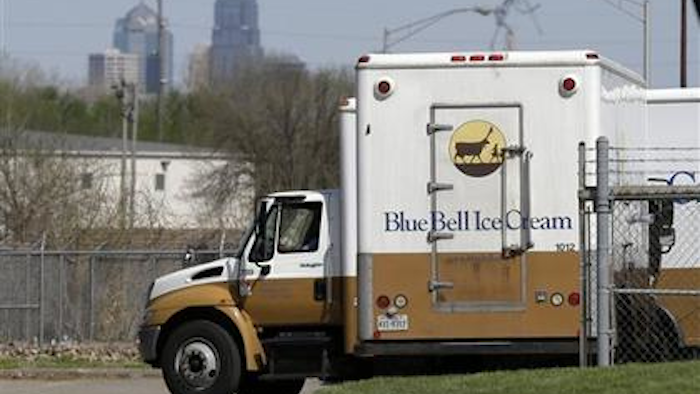 The Brenham, Texas-based company on Tuesday used Twitter and Facebook to announce its trucks "are on the road again" and filled with ice cream. The messages did not say when and where Blue Bell products would be sold.