Lawyers for Morgan filed a lawsuit against Wal-Mart Stores Inc., claiming the retailer was negligent when a driver of one of its tractor-trailers rammed into Morgan's limousine van. 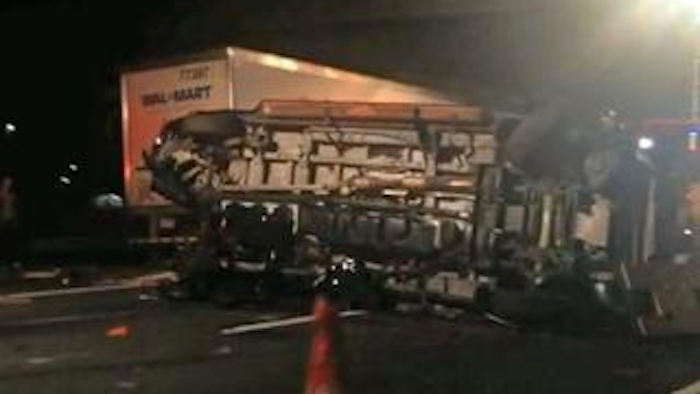 TRENTON, N.J. (AP) -- Former "Saturday Night Live" star Tracy Morgan has been released from a rehabilitation facility as he heals from serious injuries he suffered in a car crash that left a fellow comedian dead, his spokesman said Saturday.

Morgan will continue his recovery at home with an "aggressive outpatient program," spokesman Lewis Kay said.

The former "30 Rock" star suffered a broken leg and broken ribs when the limousine van he was riding in was hit from behind June 7 by a Wal-Mart truck on the New Jersey Turnpike.

On Thursday, lawyers for Morgan filed a lawsuit against Bentonville, Arkansas-based Wal-Mart Stores Inc. in U.S. District Court in New Jersey, claiming the retailer was negligent when a driver of one of its tractor-trailers rammed into Morgan's limousine van.

The complaint claims the retail giant should have known that its driver had been awake for over 24 hours and that his commute of 700 miles from his home in Georgia to work in Delaware was "unreasonable." It also alleges the driver fell asleep at the wheel.

"As a result of Wal-Mart's gross, reckless, willful, wanton, and intentional conduct, it should be appropriately punished with the imposition of punitive damages," according to the complaint.

Fuqua, Jeffrey Millea, and Millea's wife, Krista, are also named as plaintiffs in the suit. Krista Millea was not in the limousine when the crash occurred, but is a plaintiff because she has a related "loss of services" lawsuit stemming from the crash.

In a statement issued Saturday, Wal-Mart reiterated that it was "cooperating fully" in the ongoing investigation.

"We know it will take some time to resolve all of the remaining issues as a result of the accident, but we're committed to doing the right thing for all involved," Wal-Mart said.

Truck driver Kevin Roper, 35, of Jonesboro, Georgia, has pleaded not guilty to death by auto and assault by auto charges. A criminal complaint also accuses him of not sleeping for more than 24 hours before the crash, a violation of New Jersey law.

A report by federal transportation safety investigators said Roper was driving 65 mph in the 60 seconds before he slammed into the limo van. The speed limit on that stretch of the turnpike is 55 mph and was lowered to 45 mph that night because of construction.

Roper had been on the job about 13 1/2 hours at the time of the crash, the report concluded. Federal rules permit truck drivers to work up to 14 hours a day, with a maximum of 11 hours behind the wheel.

Morgan, a New York City native, was returning from a standup performance at Dover Downs Hotel & Casino in Delaware when the crash occurred.