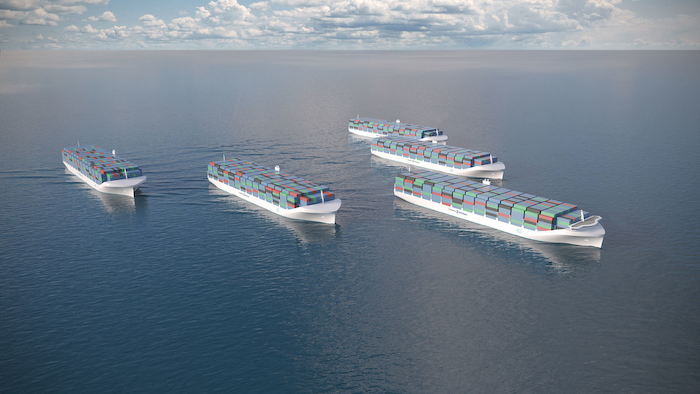 The company says this technology will make the shipping industry far cheaper, safer and less polluting, and that the benefits will outweigh concerns from government regulatory bodies and union skepticism about cost and safety. Bloomberg reports that although the company expects roll-out to be slow, they’re looking well into the future while also recognizing that the necessary technology already exists.

“Now the technology is at the level where we can make this happen, and society is moving in this direction,” Levander said by phone last month. “If we want marine to do this, now is the time to move.”

The benefits, at least to Rolls-Royce, are clear — by replacing the bridge with more cargo container space, a single ship would be able to transport more in a single journey. At the same time, a number of systems, from electricity, air conditioning and sewage, would be able to be eliminated, which would reduce the overall weight. Levander told Bloomberg that ships would be 5 percent lighter before loading cargo and would burn 12 percent to 15 percent less fuel during their trips.

Naturally, there are concerns from a variety of sources. Safety regulators worry about the threat of ships running amok, as they often do even with crews onboard. And drone ships would be far more susceptible to hijacking via hackers controlling guidance or control systems, rather than the type of pirates that have attacked many ships along the African coast in the last few years. Unmanned ships are also illegal under current laws, and the relevant regulatory bodies aren’t seriously considering the issue yet.

None of this accounts for the hundreds of thousands of sailors and other crew who might be out of work if ships became unmanned. There’s no doubt they would rigorously battle Rolls-Royce’s planned rollout.

Even then, the fact the necessary technology already exists is inspiring. Levander told Bloomberg that “it’s a given that the remote-controlled ship must be as safe as today. But we actually think it can be even much safer than today.”