President Donald Trump met with the National Association of Manufacturers Friday at the White House to publicize a new survey from the group. 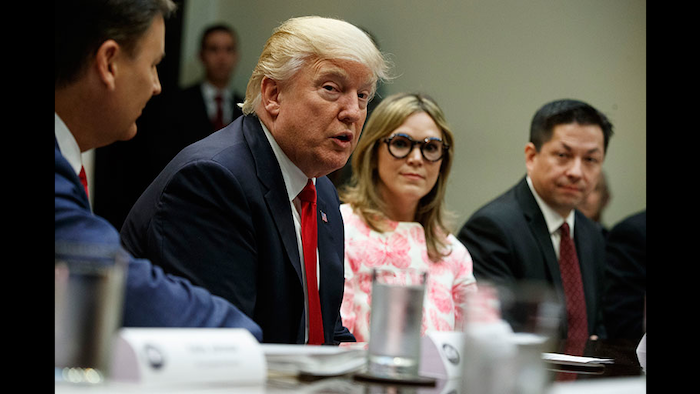 WASHINGTON — President Donald Trump is talking up his efforts to boost American manufacturing.

Trump met with the National Association of Manufacturers Friday at the White House to publicize a new survey from the group.

The survey found more than 93 percent of members polled now have a positive outlook on their companies, up from less than 57 percent this time last year.

NAM president Jay Timmons says the number is the highest in the quarterly survey's 20 years history — though only 420 manufacturers responded.

The president is set to sign a pair of executive orders later Friday aimed at cracking down on unfair trade practices.

Separate economic reports show that U.S. manufacturing is still emerging from a rough patch that lasted from late 2015 through most of 2016.