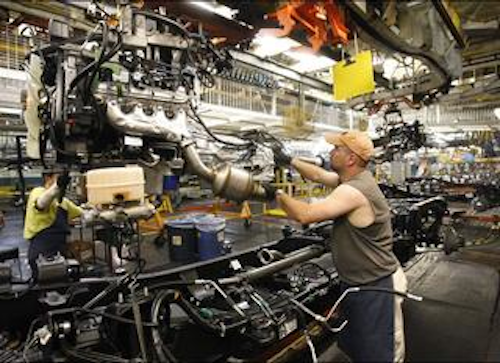 The Economy Ministry said Wednesday that industrial production rose 2.8 percent in January over December, when adjusted for seasonal and calendar factors.

The increase follows a 2.4 percent drop in December, which took economists who had been predicting a slight rise by surprise.

ING-DiBa economist Carsten Brzeski says "there are the first tentative signs indicating that some improvement is in the making" but that combined with other recent data, it appears "German industry is still struggling to gain momentum."