German factory orders rose sharply in December, more than making up for a steep decline the month before driven by growth within the eurozone and domestically. 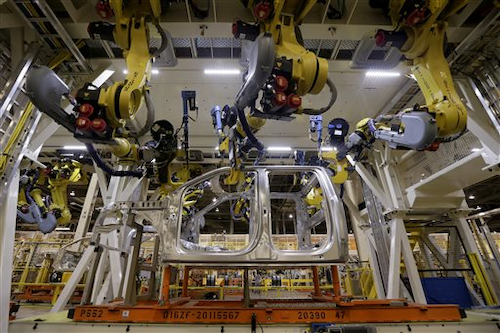 BERLIN — German factory orders rose sharply in December, more than making up for a steep decline the month before driven by growth within the eurozone and domestically.

The Economy Ministry said Monday that industrial orders were up 5.2 percent, following a 3.6 percent decline in November in season- and calendar-adjusted terms. Germany saw a 6.7 percent increase in domestic orders and a 10 percent increase from countries using the euro currency. Overall foreign orders were up 3.9 percent, with no increase recorded from non-eurozone nations.

ING economist Carsten Brzeski says the surprising strength of the increase "all of sudden made a rather weak year 2016 a strong year for new orders" and could portend a strong start to 2017 for Germany's economy.