Democrats have proposed legislation in the House and Senate they say will ensure polluting companies and not taxpayers pay for cleaning up polluted sites. 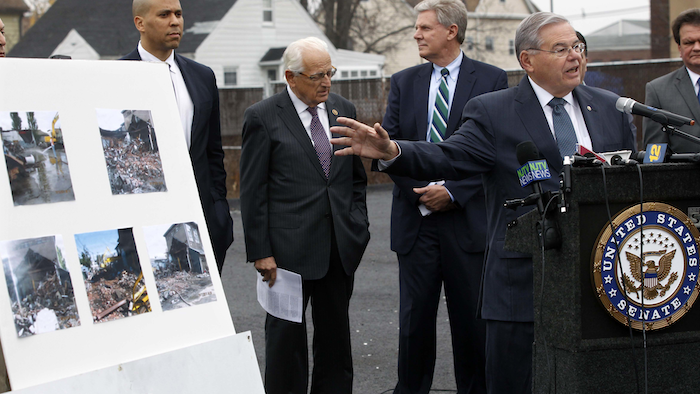 Booker, Menendez, Pascrell and Pallone announced reintroduction of legislation that would force industries responsible for contamination of Superfund sites to pay for their clean-up Monday, in Garfield, N.J. (AP Photo/Mel Evans)

GARFIELD, N.J. (AP) — Some New Jersey congressmen want to revive a tax to pay for cleaning up polluted sites.

The Democrats have proposed legislation in the House and Senate they say will ensure polluting companies and not taxpayers foot the bill for cleaning up polluted sites.

New Jersey has more than 100 such Superfund sites, the most of any state in the nation.

The legislation would reinstate an excise tax on polluting companies that was allowed to expire in the mid-1990s.

The money would be put into a fund to pay for the cleanup of sites owned by companies that either were defunct or couldn't afford to pay.