Republican senator Jerry Moran urged the Treasury Department to immediately rewrite cumbersome regulations that have made it difficult to sell wheat and other farm commodities to Cuba — saying the agency can take that step even before Congress grapples with whether to entirely lift the U.S. trade embargo. 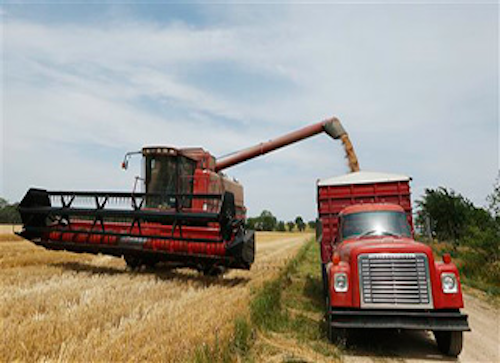 WICHITA, Kan. (AP) — President Barack Obama's announcement this week to normalize diplomatic relations with Cuba and ease some economic restrictions has been closely followed in Kansas, as the move could open up a major market for winter wheat producers.

The Republican senator urged the Treasury Department to immediately rewrite cumbersome regulations that have made it difficult to sell wheat and other farm commodities to Cuba — saying the agency can take that step even before Congress grapples with whether to entirely lift the U.S. trade embargo.

Cuba is a natural market for U.S. wheat, particularly for the type of hard red winter wheat that the island nation favors for bread making and that Kansas grows. Industry officials estimate Cuba could potentially buy 500,000 metric tons of wheat annually from the United States, and Kansas is the largest wheat-producing state.

Agricultural commodities such as wheat are exempted from the half-century old embargo. But the administration of George W. Bush instituted costly rules, such as requiring up-front cash payments before commodities leave U.S. ports and that the payments go through banks in other countries, Moran said. The only other exceptions to the embargo have been food and medicinal products.

Cuba has not purchased any U.S. wheat since 2011. Most of the wheat it now buys comes from the European Union and Canada, according to The National Association of Wheat Growers. But Cuba could see lower shipping costs if the grain was exporting from the Gulf of Mexico, which is where Kansas ships its harvest.

Moran praised Obama's plan to re-establish diplomatic relations and ease some economic and travel restrictions, and now wants the Treasury Department to immediately roll back the burdensome regulations on the country that's 90 miles from the U.S.

"These steps can be taken, and should be taken," Moran said. Moran has also vowed to work in Congress on the side of lifting the embargo, which would require the repeal of specific laws.

"This is a very contentious issue, and nothing will be easy about it, but in my view the embargo should be lifted," he said.

A 2010 Texas A&M study estimates that easing restrictions and lifting the travel ban could result in $365 million in additional sales of U.S. agricultural goods, boost the U.S. economy by $1.1 billion and create 6,000 new jobs.

"For those of us who worked over the last 15 years to try to expand our markets, this was one we have worked for a long time to try to get opened back up," said Dean Stoskopf, a Hoisington wheat grower who went to Cuba in 2003 on an educational trip with about 20 other farmers.

Mark Coberly, a Gove wheat grower who was on that trip, said the embargo isn't working and there are no big downsides to the United States and plenty of upsides.

"So why not? This has been pretty much a political deal for 50 years — there has been no economic reason for doing it," he added.

Moran said it will be a challenge to get Congress to lift the embargo, and it will not happen overnight.

"I am of the view that when people get market oriented — consumer products, a better diet, Levi jeans, the things that Americans are known for — then they start making demands upon their government for personal freedoms as well," Moran said.