Reactions have ranged from outrage to sympathy among the families of workers affected by Blue Bell Creameries' announced plans for layoffs and furloughs, as the Texas-based company is cutting more than a third of its workforce after a series of listeria illnesses were linked to its ice cream. 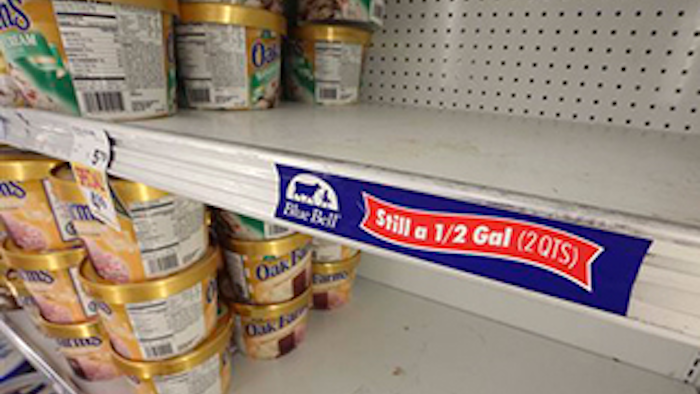 HOUSTON (AP) — Reactions have ranged from outrage to sympathy among the families of workers affected by Blue Bell Creameries' announced plans for layoffs and furloughs.

The Brenham, Texas-based company is cutting more than a third of its workforce after a series of listeria illnesses linked to its ice cream prompted a nationwide recall of all its products.

Blue Bell is Brenham's second-largest employer with 900 workers. Blue Bell said that 250 workers were being laid off at its main plant in Brenham, with an additional 300 being furloughed.

"My husband was one of the people let go. No explanation as to why he (or anyone else) was picked to be 'permanently laid off," Hanna Averitt wrote to the Houston Chronicle. "He was there a total of 13 years. No information. No warning. It was very poor handling of the entire situation."

But Frances Herndon, whose husband was furloughed, expressed gratitude that his job had been spared.

"Thank you Blue Bell for doing everything you can to take care of the employees," she wrote to the newspaper. "Ten years later and, whether or not he stays, we will continue to support the company."

The layoffs are the first in the company's 108-year history. The company, whose production plants remain closed, has said 750 full-time employees and 700 part-time workers are losing their jobs. That represents about 37 percent of its 3,900 employees.

Another 1,400 workers will be furloughed but will still receive a substantial portion of their current pay. Employees essential to ongoing cleanup and repair efforts will continue working but have their pay reduced, Blue Bell said. Workers at distribution centers in 10 states will also be laid off.

The 108-year-old company's production plants in Texas, Oklahoma and Alabama have been closed since Blue Bell issued a full recall in April. The company's ice cream has been linked to 10 listeria illnesses in four states, including three deaths in Kansas.