A recently released report found that lower-calorie foods and beverages drove the bulk of sales growth for supermarket chains between 2009 and 2013, making up 59 percent of growth, compared to just 41 percent for their higher-calorie counterparts. 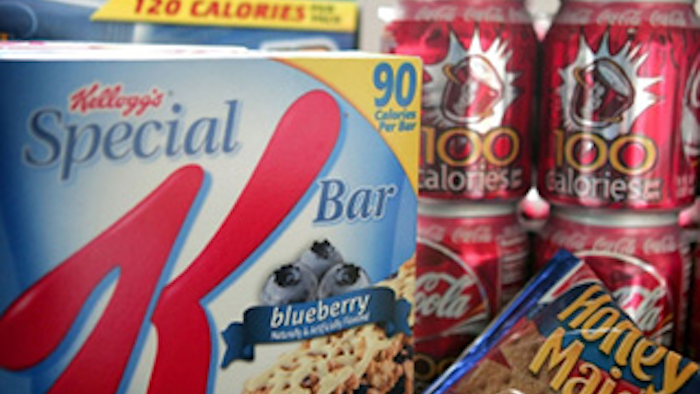 Princeton, N.J.— A report from the Hudson Institute released today found that lower-calorie foods and beverages drove the bulk of sales growth for supermarket chains between 2009 and 2013, making up 59 percent of growth, compared to just 41 percent for their higher-calorie counterparts. This is the first report to examine the business impact that sales of lower-calorie items have on supermarket chains.

Those trend lines did not hold, however, for foods and beverages that contribute the most calories to the diets of children and adolescents, items like desserts, snacks, sugary drinks, and pizzas. During the study period, higher-calorie versions of these products made up more than 70 percent of sales and grew more than 12 percent, whereas lower-calorie foods and drinks saw growth of roughly 5 percent.

The overall shift in supermarket sales to lower-calorie products is largely consistent with recent changes in the restaurant and food and beverage industries, the report found — except that sales of lower-calorie items grew at an even faster rate for the latter two sectors, indicating that supermarkets could be taking better advantage of the public’s shift in food preferences.

“Customers are looking for lower-calorie choices wherever they are,” said Hank Cardello, lead author of the report, senior fellow at the Hudson Institute, and director of the Institute’s Obesity Solutions Initiative. “The good news is, supermarkets’ growth is being driven by these products, but compared to other sectors they’re still leaving money on the table. There is a tremendous opportunity to drive even more sales by focusing more on lower-calorie options.” Cardello is a former executive with Coca-Cola, General Mills, Anheuser-Busch, and Cadbury-Schweppes.

To produce the report, funded by the Robert Wood Johnson Foundation, Cardello and his team analyzed Nielsen Scantrack data from 2009 and 2013 for 202 individual food and beverage categories for the three largest supermarket retailers in the U.S., including their 26 banner chains. The categories include a wide range of foods, such as cereal, pasta, fruits, vegetables, packaged meals, milk, and snacks. The researchers used data on the average number of items on a store shelf, and, most important, the total sales in dollars for each category. Together the three retail ownership groups account for 45 percent of the U.S. supermarket industry.

Researchers then classified each product as either lower-calorie or higher-calorie based on criteria developed previously in conjunction with the Nutrition Coordinating Center at the University of Minnesota. For instance, cereals with 150 calories per serving or less, beverages with 50 calories or less, and skim and 1% milk would all qualify as lower-calorie items.

“Supermarket chains have every reason to continue to increase their sales of lower-calorie items, because it’s good for their bottom line,” said Victoria Brown, senior program officer at RWJF. “They also need to make more progress to promote and sell foods and beverages popular with kids that are not just lower in calories, but truly healthy too.”

Cardello says that chains can grow their sales of lower-calorie items by giving them more prominent shelf placement, highlighting them on in-store ads and displays, and selling more of them in check-out lanes.

Finally, the lower-calorie share of total sales for products made by private label companies, which produce items bearing retailers’ own labels, trails that of branded products, but it is catching up. Closing the gap between private label and branded products could have a more than $600 million impact on total dollar sales of lower-calorie products.

Hudson Institute is a nonpartisan policy research organization dedicated to innovative research and analysis. The mission of its Obesity Solutions Initiative (www.obesity-solutions.org) is to bring about practical, market-oriented solutions to the world's overweight and obesity epidemic. Founded in 1961, Hudson has celebrated a half century of forging ideas that promote security, prosperity, and freedom. www.hudson.org

About the Robert Wood Johnson Foundation

For more than 40 years the Robert Wood Johnson Foundation has worked to improve health and health care. We are striving to build a national Culture of Health that will enable all to live longer, healthier lives now and for generations to come. For more information, visit www.rwjf.org. Follow the Foundation on Twitter at www.rwjf.org/twitter or on Facebook at www.rwjf.org/facebook.