Over the last few years, various GM crops with health benefits have been developed in which genes, mostly originating from other organisms, have been added. Examples include rice enriched with pro-vitamin A and folate-enriched rice, developed at Ghent University. 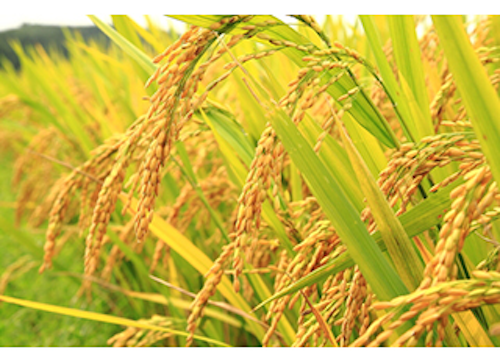 Over the last years, various GM crops with health benefits have been developed in which genes, mostly originating from other organisms, have been added. Notable examples include rice enriched with pro-vitamin A (also known as 'Golden Rice') and folate-enriched rice, developed at Ghent University.

Fifteen years after the development of 'Golden Rice', which was the first GMO with health benefits, the developers of such transgenic biofortified crops have little reason to celebrate. To date, none of these GMOs are approved for cultivation, unlike GMOs with agronomic traits. Despite this, six major staple crops have been successfully biofortified with one or more vitamins or minerals. Clearly, these GMOs with health benefits have great potential. In a recent study, from Ghent University, not only the impact of GM crops on human health, but also their market potential was convincingly demonstrated.

Research at UGent reveals that consumers are willing to pay more for GMOs with health benefits, with premiums ranging from 20% to 70%. This differs from GMOs with farmer benefits, which are only accepted by consumers when they are offered at a discount.

Especially in regions, such as China and Brazil - which are considered as key target markets for these nutritionally improved crops - , where a large part of the population suffers from nutrient deficiencies, the potential market share of these GMOs is high.

Several studies show that these GMOs have positive impacts on human health. As expected, the enhancement of multiple micronutrients in the same crop by genetic modification, yields the best results. This method generates aggregated health benefits at a relatively low cost.

Although GMOs with health benefits are not a panacea for eliminating malnutrition, they offer a complementary and cost-effective alternative when other strategies are less successful or feasible.

The findings of this study, a compilation of three review studies, were recently published in the renowned journal Nature Biotechnology. This research is part of a collaboration of three different UGent research units, which up until now resulted in two publications in the same journal.