Proposed Label Would Give Context to Sugar in Foods

Are you eating too much added sugar? The nutrition facts label may one day help figure that out. 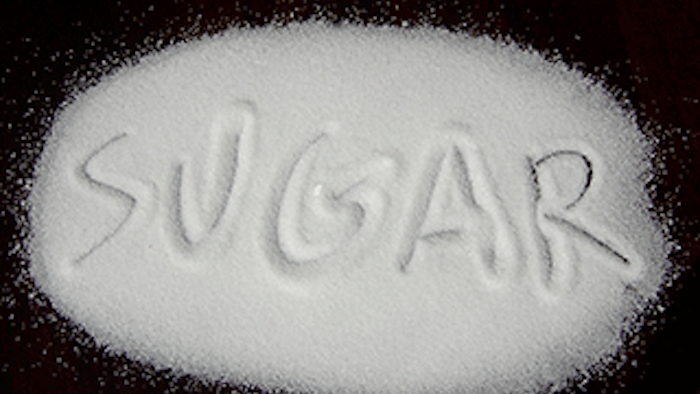 WASHINGTON (AP) — Wondering if you are eating too much added sugar? The nutrition label on your food may one day help you figure it out.

The Food and Drug Administration on Friday proposed that nutrition facts labels include the percentage of your recommended daily intake of added sugars in a food item — the "percent daily value."

Adding new line for added sugars, or those that don't occur naturally, is part of an overhaul of the nutrition facts label proposed last year by the Obama administration.

While the labels include percent daily values for other nutrients, the proposal didn't include one for added sugars. Since then, a government advisory committee recommended that people get no more than 10 percent of calories daily from added sugars.

The FDA proposal would be based on that number, meaning that added sugars should be no more than 200 calories, or about 50 grams, in a recommended daily diet of 2,000 calories.

So if a food label says something has 50 grams of added sugars, the percent daily value for added sugars would be listed as 100 percent.

"For the past decade, consumers have been advised to reduce their intake of added sugars, and the proposed percent daily value for added sugars on the Nutrition Facts label is intended to help consumers follow that advice," said Susan Mayne, director of the FDA's Center for Food Safety and Applied Nutrition.

The Center for Science in the Public Interest, an advocacy group that has pushed for more information on nutrition facts panels, called the FDA's move "a major public health victory," pointing out that a 20 ounce sugary soda can have 130 percent of the sugar a person is supposed to consume in a day.

The sugar industry said there isn't enough science to justify the proposal.

"The Food and Drug Administration has an important role in our nation's food supply to ensure that consumers are not misled by positive or negative claims about the food and beverages they purchase and consume," The Sugar Association said in a statement.

The FDA said the proposal is open for public comment for 75 days. The agency is also re-opening public comment on the larger nutrition facts panel overhaul first proposed in March 2014. A final rule determining what the new panels will look like will come after the agency reviews the comments.

In addition to a new line for added sugars, the new labels proposed by the FDA last year would make calories more prominent and serving sizes more realistic. The idea is to make the labels less cluttered and more user-friendly.