The Marquette grapevines clinging to a steep, rocky hillside in the southeastern Adirondacks are among a host of new grape varieties that have enabled a boutique wine industry to take root in areas of the Northeast and Midwest that were previously inhospitable. 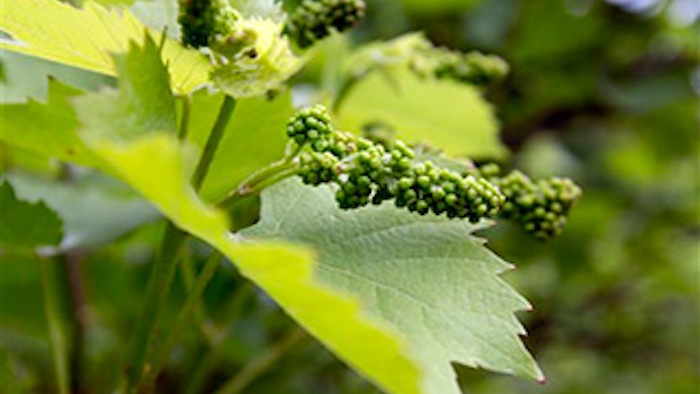 CORINTH, N.Y. (AP) — The Marquette grapevines clinging to a steep, rocky hillside in the southeastern Adirondacks are among a host of new grape varieties that have enabled a boutique wine industry to take root in areas of the Northeast and Midwest that were previously inhospitable.

And the new influx of tourism dollars can be traced to, among other places, Cornell and the University of Minnesota, which have developed these hybrid grapes that withstand brutal winters and disease — and provide the quality and consistency needed to produce fine wine in places like Minnesota, Iowa, Nebraska and Ohio.

In New York, the number of wineries has grown from 35 in 1980 to nearly 500, with the third-highest production in the nation.

"New York has had a bad reputation for red wines, mainly because of a lack of consistent quality," said Gary Akrop, owner of Ledge Rock Hill Winery, a small winery and vineyard that was the first to release an award-winning dry red wine within the boundaries of the Adirondack Park. "But we grow grapes that are suited for cold regions and produce more consistent wine."

Ledge Rock Hill uses Marquette, a hybrid developed by the University of Minnesota and released for commercial production in 2006. "I believe Marquette could become the standard for New York red wines," Akrop said.

One of the Cornell program's biggest successes is the Traminette, a cold-hardy white wine grape producing a floral, fragrant wine reminiscent of Gewurtztraminer. Since its release in 1996, Traminette has produced numerous award-winning wines and has been embraced by winemakers in the Midwest. Indiana winemakers have even dubbed Traminette the state's "signature wine" and have a website dedicated to it.

New grape varieties are just one factor in the growth of the wine industry, of which California remains the leader with nearly 4,000 wineries producing 90 percent of the nation's wine. Other factors include changing consumer tastes, promotion by state and private agriculture and tourism organizations, collaboration among growers and research on how to optimize production and quality, Reisch said.

Beginning with New York's Farm Winery Act in 1976, the state set forth a series of state government initiatives meant to ease regulations and stimulate the wine industry. It brought it back from the brink of collapse to the fastest-growing segment of agriculture, said James Trezise, president of the New York Wine and Grape Foundation.

New York has five internationally recognized wine areas: Long Island, Hudson River Region, Finger Lakes, Niagara Escarpment and Lake Erie. But more and more wineries are opening and joining together to form "wine trails" — up to a national-leading 19. And the industry received some major recognition when Wine Enthusiast chose the state over the Champagne, Sonoma and Chianti regions as the international Wine Region of the Year for 2014.

"It's a sign that New York is really coming of age," Reisch said.