SodaStream has touted its machines as a cheaper, more environmentally friendly alternative to buying bottled or canned drinks such as Coke and Pepsi. It has been trying to make a splash in the U.S. and advertised in the last two Super Bowls. 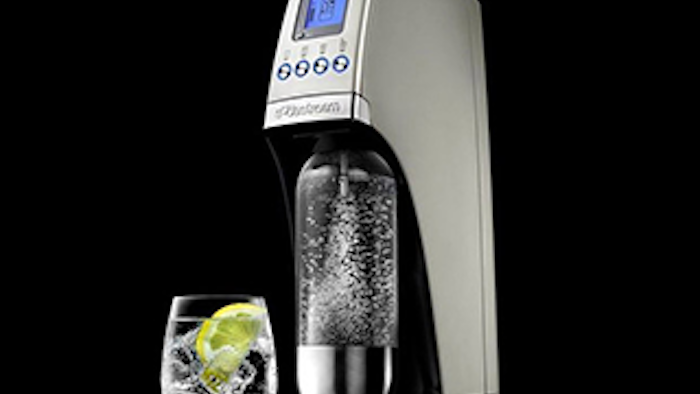 The company's stock tumbled 17 percent to $22.88 in premarket trading. Over the past year, its stock has lost more than half its value.

CEO Daniel Birnbaum said Tuesday that the Israeli company's U.S. business underperformed in the third quarter because of lower-than-expected demand for its soda makers and flavors. While it successfully established a base of repeat users in the U.S., Birnbaum said SodaStream isn't attracting new users at the rate the company would like.

SodaStream International said revenue for the third quarter is expected to be about $125 million. That's down from $144.6 million a year ago, and below the $153.6 million analysts expected, according to FactSet. The company is scheduled to report final results for the period Oct. 29.

Birnbaum says the company has shifted its focus to play up SodaStream's "health and wellness" benefits.

SodaStream has touted its machines as a cheaper, more environmentally friendly alternative to buying bottled or canned drinks such as Coke and Pepsi. It has been trying to make a splash in the U.S. and advertised in the last two Super Bowls, with the latest commercial featuring actress Scarlett Johansson. Although the machines are in just 1 percent of U.S. homes, the company has noted it's in as many as 25 percent of homes in Sweden.

Depending on the model, SodaStream machines cost between $80 and $130 and are powered by CO2 cartridges, which cost about $30 and need to be replaced after a certain number of uses.

SodaStream's machines will soon face some formidable competition, however.

Keurig Green Mountain, which is known for its single-serve coffee makers, is expected to introduce a machine for cold drinks in coming months. Earlier this year, Coca-Cola Co. announced it was buying a stake in Keurig and that it would make some of its well-known beverage brands available for the "Keurig Cold."