The Chemistry Behind BBQ

With tailgating season not far ahead, many people are firing up the grill to make some barbecued food. With only one goal in mind, most consumers aren't thinking about the science behind the barbecue. An IFT spokesperson provides some insight. 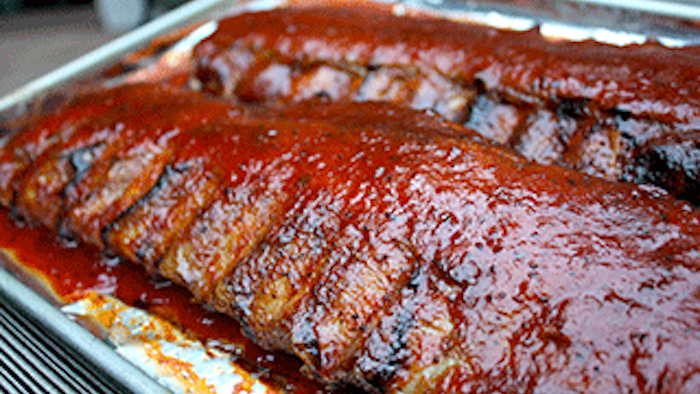 Newswise — It's that time of the year again when people are starting to fire up the grill for tailgating season! IFT spokesperson Guy Crosby, PhD, CFS provides insight into the food science behind BBQ. Crosby addresses how a marinade works to keep your meat tender, how smoking can infuses new flavors into meat, searing and more.

1. How does using a marinade make meat more tender?

There are some misconceptions around this topic, typically only salt or salty ingredients such as soy sauce make the biggest difference. It really depends on the type of meat and the muscle structure. The protein that forms when the salt breaks the muscle down helps to retain moisture, and makes the tissue a little looser.

Acid-based marinades such as lime, lemon juice or vinegar don’t have a huge effect. They will help break down some connective tissue and flavor the meat, but it’s really only on the surface.

2. Does searing a meat before cooking help keep the juices inside?

Searing does not trap or keep moisture inside a piece of meat; it’s an old kitchen myth.

3. Why does a piece of meat need to rest before cutting it?

When you cook meat the muscle fibers and the proteins begin to shrink and squeeze out moisture. If you immediately slice a piece of meat, the moisture that has been squeezed out of the muscle fibers will run out. But if you let it sit for 15 to 20 minutes depending on the size and thickness of the meat, the fibers start to soak back up some of that moisture.

4. What is the Maillard Reaction?

A French scientist in 1912 discovered certain proteins and amino acids react with certain kinds of sugars and cause browning. When meat is browned it forms hundreds of very potent flavor molecules that affect its aroma and taste.

The lower you cook the temperature, the less the fibers will shrink, the less tough the meat will be because it won’t lose as much moisture. Typically tough cuts of meat are cooked this way to keep the meat moist. Cooking the meat slowly breaks down tough connective tissue to form gelatin, which binds moisture. The amount of fat also helps because it breaks up the protein, lubricates the meat and makes it tenderer.

6. When smoking a piece of meat, how does the wood flavor get infused into it?

The oxygen breaks down the lignin in wood and releases a smoky aroma that sticks to the moist surface of the meat, flavoring it.

7. What is an easy thickening agent to use at home to thicken a BBQ sauce?

The most common one would be cornstarch. The best way is to add cornstarch to room temperature water first, mix well, and then add the combination to the sauce and heat. Flour is another option.