Bruised from the defeat of a massive farm bill last month, Republicans are giving the legislation another chance by bringing a pared-down version to the House floor. The new measure drops the politically sensitive food stamp portion of the bill. 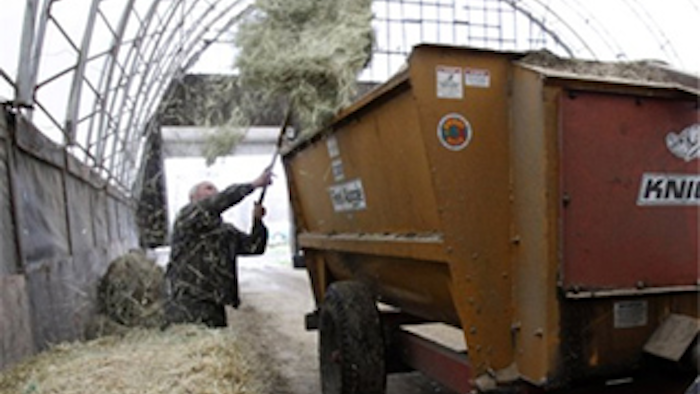 WASHINGTON (AP) — Bruised from the defeat of a massive farm bill last month, Republicans are giving the legislation another chance by bringing a pared-down version to the House floor.

GOP leaders were still counting how many votes they could muster for the new measure, which drops the politically sensitive food stamp portion of the bill, when they released the legislation late Wednesday. The White House swiftly issued a veto threat, and House Democrats reacted angrily to the last-minute move. A vote is expected Thursday.

The dropped section would have made a 3 percent cut to the $80 billion-a-year food stamp program. Many Republicans say that isn't enough since the program's cost has doubled in the last five years. Democrats have opposed any cuts.

The White House said food stamps should not be left out of the bill. The Obama administration had also threatened to veto the original bill, saying it did not include enough reductions to farm subsidies and the food stamp cuts were too severe.

Republicans are proposing a measure containing only farm programs, with a food stamp bill to come at a later date. Farm groups, anti-hunger groups and conservative groups have all opposed the idea, for different reasons.

The split bill is an attempt to gather support from conservatives who voted against the $100 billion-a-year farm bill. The House rejected the farm bill in June by a vote of 234-195, with 62 Republicans voting against it.

The idea of a split bill is that the farm portion, which would cost about $20 billion a year and contain about $2 billion a year in cuts to farm subsidies, could pass without the food stamp provisions. Republicans would then be able to make bigger cuts in food stamp programs and pass that bill with conservative support.

House Democrats reacted angrily to the last-minute move. Maryland Rep. Steny Hoyer, the No. 2 Democrat in the House, called it a "bill to nowhere" since the Democratic Senate is likely to add the food stamp money back in. The Democratic-led Senate, which overwhelmingly passed a farm bill with only a half-percent cut to food stamps, would be reluctant to go along with a split bill or further cuts to the programs.

"This dead-on-arrival messaging bill only seeks to accomplish one objective: to make it appear that Republicans are moving forward with important legislation even while they continue to struggle at governing," Hoyer said.

Minnesota Rep. Collin Peterson, the top Democrat on the House Agriculture Committee, said he sees "no clear path to getting a bill passed by the House and Senate and signed by the president."

House Agriculture Chairman Frank Lucas, R-Okla., said as recently as last week that he opposed splitting the bill. But he has now reluctantly agreed to the strategy, saying he would support it if his Republican leaders could deliver the votes. Late Wednesday, he gave a reserved endorsement of the plan to the GOP-controlled Rules Committee, which determines the procedures for floor debate.

"Maybe the old dynamic of how we have done things since 1965 isn't valid anymore," he said. "Maybe it is time to try something different."

Lucas said as he left the meeting that he didn't know if the leadership had the 218 votes necessary for passage.

The bill would also repeal laws from the 1930s and 1940s that kick in when current farm law expires. Farm-state lawmakers have kept those laws on the books so there would be incentive to pass new farm bills and avoid expiration, but the threat of outdated policies kicking in has been a headache for farmers who worry they can't depend on Congress to create new laws or extend more recent versions of the law.

Repealing those decades-old laws could mean that Congress would have little incentive to create new farm bills, however, and could make many farm programs permanent.

Farm groups and anti-hunger groups have warned that separating the farm and nutrition programs after decades of linking them would be misguided. Rural lawmakers have long added money for food stamps to the farm bill, which sets policy for agricultural subsidies and other farm programs, to gather urban votes for the measure.

In a letter to House Speaker John Boehner, R-Ohio, last week, more than 500 farm groups asked the GOP leadership not to split the legislation.

Lucas said he hopes a food stamp bill would come to the floor quickly, so the House and Senate can begin negotiations and get a farm bill passed.

"The quicker that second bill is passed the easier it is to complete the whole process," he said.