"While marketers continue to modify their tactics, they also must allocate sufficient marketing spending to ensure consumer demand for value is satisfied in this highly competitive environment," said Suzie Brown, Valassis Executive Vice President of Sales and Marketing.

LIVONIA, Mich. (PRNewswire) — Valassis (NYSE: VCI), one of the nation's leading media and marketing services companies, released today a comprehensive coupon report that provides insights into the scope and scale of the use of coupons in the consumer packaged goods (CPG) industry as a vehicle to promote their brands and consumer response results.

In total, $470 billion of coupon value was offered by CPG marketers to U.S. consumers last year – a 26% increase over the pre-recession period of 2007. The last three years represent the highest annual volumes of coupons distributed since the pre-recession period, according to the 2012 Coupon Facts Report, issued by NCH Marketing Services. NCH is a Valassis company.

Marketers are controlling and altering their tactics to accomplish their own unique, strategic objectives. The report, which includes reference tables and five-year trend graphs, also illustrates the different strategies employed in 2011 in the grocery and health and beauty care (HBC) segments. In 2011, grocery product marketers reduced the total quantity of coupons in the marketplace, while HBC marketers maintained a steady volume of coupons to promote their products to frugal-minded shoppers.

In 2011, across all types of CPG products, 305 billion coupons were distributed in the United States, representing a decrease of 8.1% from 2010, a record-setting year for distribution. The decline, however, was entirely attributed to 13.1% fewer coupons distributed in the grocery segment versus the HBC segment.  Seven of the 10 highest growth distribution product categories were HBC products with year-over-year increases up to 56.5% (see chart below). Overall, 2011 distribution volume is comparatively very strong to 2007 with 20 billion more coupons – a 7% increase – available to consumers.

CATEGORIES WITH HIGHEST GROWTH  IN COUPON DISTRIBUTION VOLUME IN 2011

Value-conscious shoppers responded by redeeming $4.6 billion in savings, an increase of 12.2% over the year prior, and 58.6% higher than five years ago. This increased redemption has led marketers to balance consumer demand by modifying coupon offers:

The Coupon Facts Report also reveals that mass merchant and drug channels increased their share of redemption volume at what appears to be an accelerated pace in 2011. This slowed down the growth of the retail channel that includes dollar stores and reduced share from traditional supermarkets. A combination of factors may have contributed to this trend, including an increasingly greater selection of food items available in the mass merchant and drug channels; consumer shopping choice migration; the influence of gas prices on shopping distance and frequency; and increased emphasis on marketing stores with coupon promotions.

The report provides benchmark averages for marketers to compare their own offer characteristics and redemption results to corresponding industry segments and category sectors. However, Charlie Brown, NCH Vice President of Marketing, said the benchmarks don't indicate the divergence of individual activity.

"The year was a very unique one for coupon trends in many respects," he said. "Overall trends were not representative of what marketers were doing across the board for every offer, brand, category or company. Many altered their course as the year progressed or changed their tactics. Much of the changing trends in 2011 were a result of marketers managing and leveraging heightened consumer demand for coupon savings."

Valassis' Suzie Brown also points out the value of coupons goes beyond its cents-off savings.  "Coupons attract new buyers and also build brand loyalty among existing buyers, making the promotion a key tool for brands to both defend and grow market share," she said. "They also provide brand equity opportunities to heighten awareness and motivate purchases that do not necessarily involve the use of a cents-off coupon."

The NCH Coupon Facts Report is available by registering at www.nchresourcecenter.com. 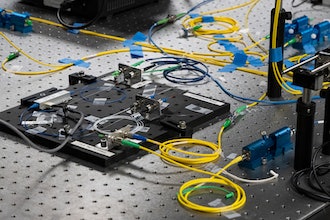