James Barrett, a vintner whose chardonnay beat the French in a 1976 tasting that propelled California wines to international prominence, has died. He was 86. Barrett died on Thursday, according to a statement from the Chateau Montelena Winery he refurbished in 1972. A cause of death was not given. 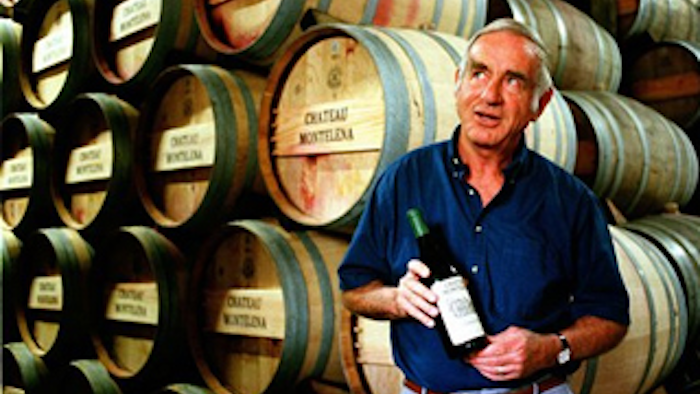 SAN FRANCISCO (AP) — James Barrett, a vintner whose chardonnay beat the French in a 1976 tasting that propelled California wines to international prominence, has died. He was 86.

Barrett died on Thursday, according to a statement from the Chateau Montelena Winery he refurbished in 1972. A cause of death was not given.

Barrett's most noted winemaking achievement was a 1973 Chateau Montelena Chardonnay that beat the French in a blind tasting called the Judgment of Paris in 1976. It was a watershed moment for California's wine industry, helping propel it to the powerhouse it is today.

Before the tasting, Napa Valley wines were largely ignored by Europeans.

"It was just a bombshell," Barrett told The Associated Press in 2003 during an event marking the 30-year anniversary of the wine.

The story of Barrett's achievement and the disruption it caused with wine critics was told in the 2008 movie "Bottle Shock."

In 1972, the Los Angeles-area attorney bought the dilapidated 1882 winery in Calistoga that featured a decrepit, ivy-covered castle.

Barrett and his investors replanted its cabernet sauvignon vines and grew the chardonnay he became famous for while waiting for the old vines to flourish.

At first he commuted from Los Angeles to the winery by private airplane but eventually gave up law to work on the estate full-time.

After Barrett and his winemaker Mike Grgich crafted the chardonnay that won the blind taste test in 1976, Barrett said: "Not bad for some kids from the sticks."

Since then Chateau Montelena has become known for its cabernets.

Barrett's son Bo has taken over the winery, which will remain in the family.

Barrett is survived by his wife Judy of 33 years; his children from a previous marriage, Stephanie, Bo, Michael, Kevin and Gabriela, and five grandchildren.