Restaurants in Baltimore are now officially barred from including sodas and other sugary drinks on kids' menus, according to a city ordinance that went into effect Wednesday. 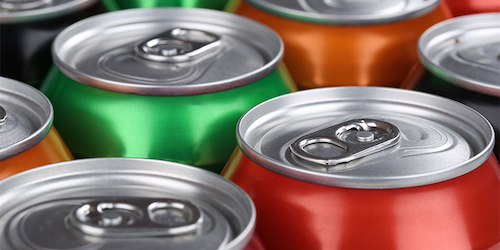 BALTIMORE (AP) — Restaurants in Baltimore are now officially barred from including sodas and other sugary drinks on kids' menus, according to a city ordinance that went into effect Wednesday.

Baltimore is now the biggest U.S. city and the first on the East Coast to pass this kind of measure, said Shawn McIntosh, director of the Maryland chapter of the Sugar Free Kids advocacy group. Seven California cities and Lafayette, Colorado, have enacted similar ordinances, according to health officials.

The ordinance is intended to stop youngsters' overconsumption of sugary drinks, perceived as a key factor in high rates of chronic diseases such as diabetes.

"Taking out empty calories from sugary drinks is a powerful lifestyle change we can make to help our children to get and stay healthy. This law will help families make the healthy choice the easy choice," Baltimore Health Commissioner Dr. Leana Wen said in a statement.

One in four Baltimore children currently down at least one soda each day, according to Sugar Free Kids. And the Centers for Disease Control and Prevention says that one in three school-aged kids in the city is obese.

Baltimore restaurants that don't comply with the ordinance will be faced with a $100 penalty, McIntosh said. She said eateries "have hopefully gotten on board" already and changed their printed menus for kids, but they're not expected to have fully made that switch by Wednesday.

"They have to at least put a sticker on, have signage. Their online menus have to be changed because that's an easy fix. So they're not expecting them to print all new menus by today," she said.

Youngsters can still drink soda at city restaurants if an accompanying adult orders it for them.

The "Healthy Beverages for Children's Meals" ordinance was opposed by the Restaurant Association of Maryland. In a Wednesday email, association vice president Melvin Thompson said "public policy that interferes with the minutiae of restaurant operations exacerbates the business challenges already facing city restaurants."