A decision whether to allow fishermen to harvest more of the baby eels that are highly prized in Asian aquaculture has been put off for a few months. 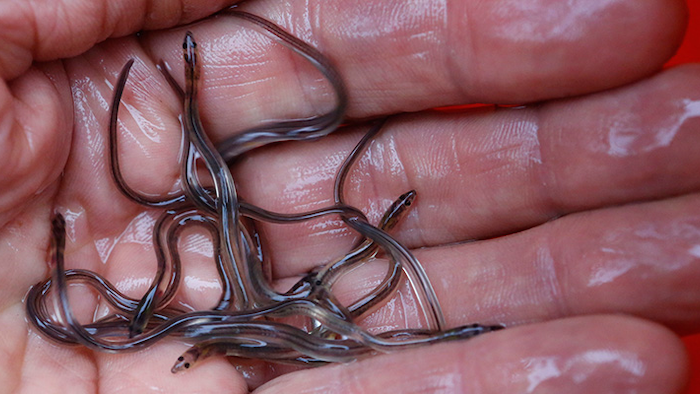 PORTLAND, Maine (AP) — A decision whether to allow fishermen to harvest more of the baby eels that are highly prized in Asian aquaculture has been put off for a few months.

Maine has the only significant fishery for baby eels, called elvers, in the country. The interstate Atlantic States Marine Fisheries Commission is considering allowing the fishery a higher quota in future years.

A spokeswoman for the commission says action on the idea has been deferred until August. It was possible for a decision as soon as May, but instead states will hold hearings from May to July about the issue.

The commission limits Maine fishermen to 9,688 pounds of elvers per year, but new rules could increase that total to 11,479 pounds. They're raised to maturity for use as food.