Today's consumers are more conscientious than ever regarding where their food comes from, how it was produced and how it was grown or raised. 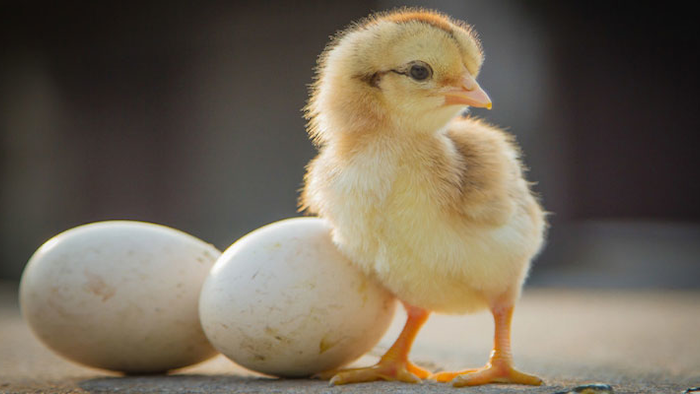 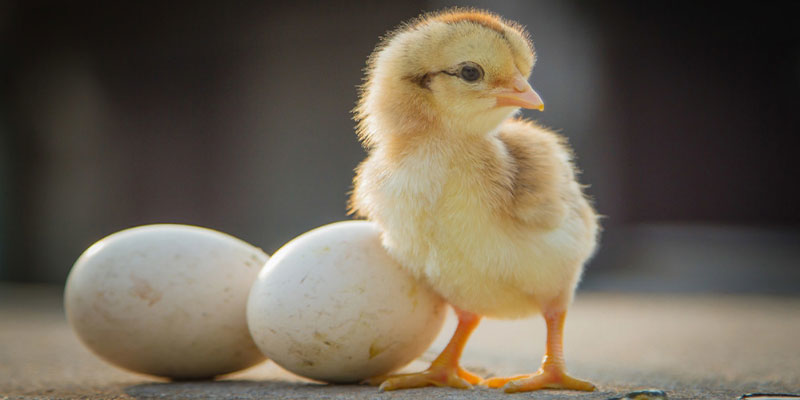 LAUREL, Miss., Sept. 6, 2016 (PRNewswire) — Today's consumers are more conscientious than ever regarding where their food comes from, how it was produced and how it was grown or raised.

In a 2013 poll by the American Humane Association, 89 percent of consumers surveyed stated they were very concerned about farm animal welfare, and 74 percent stated they were willing to pay more for humanely raised meat, dairy and eggs. In fact, participants ranked humanely raised products as highest in importance over organic, natural and antibiotic-free.

However, when these same participants were asked how familiar they were with the American Humane Certified label found on meat and dairy products, a majority said they were either only somewhat familiar or had no idea.

Many industry experts attribute this growing disconnect between farms and consumers to the lack of knowledge by the general public on agriculture, technology, and farming practices currently used to keep animals, particularly poultry, healthy and safe.

"The demographics have changed. More people live in urban areas and are not involved in food production. Fewer than two in ten Americans are involved in farming - that means 98 percent just go to the store and purchase their food," explains Dr. Sacit F. "Sarge" Bilgili, professor emeritus at Auburn University, Department of Poultry Science. "People don't understand there is a lot that goes into producing food and distributing that food all over the world."

Recent studies show that one of the most common consumer misconceptions is that conventionally raised chickens are raised in cages or on factory farms in overcrowded conditions. "The reality is, conventionally raised chickens are raised on family farms with strict veterinary oversight by teams of specialists," says Dr. Karen Grogan, Executive Vice President of the American College of Poultry Veterinarians and Part-time Instructor Population Health at the University of Georgia College of Veterinary Medicine.

"I think the average consumer believes these birds are raised on large company factory farms, and they are not. They are raised on small, family farms where farmers really care about what they are doing and they do a good job," says Dr. Grogan.

According to Tom Super, Vice President of Communications for the National Chicken Council, "Broiler [chickens] are raised in large, spacious barns, and cages are never used. These barns are sophisticated, secure facilities with strictly controlled temperature, humidity and ventilation systems inside – which provide vital protection from the outdoor elements, disease and predators. Inside the poultry barns, the chickens are free to roam, interact and bed down on the litter.

"These chickens are fed a wholesome diet consisting of grains like corn and soybeans – along with nutritional supplements such as vitamins and minerals. Contrary to some myths, growth-enhancing additives, such as hormones or steroids, are never used," adds Super.

"We brought chickens inside because it was better for the birds," says Yvonne Thaxton, PhD, professor and Director of the Center for Food Animal Well-being at the University of Arkansas. "People don't understand that these chickens are housed in large, open structures that provide a comfortable, clean environment, with carefully controlled lighting and fresh air flow through the houses to avoid any undue stress.

"It's really quite advanced from where we were 50 years ago," continues Thaxton. "I think people like the idea of going back to their grandparents' way of farming because they like what they see in pictures, but I don't think they would like it if they really knew what it was like and how bad it was for the birds.

Back then, the birds would have to forage for what they got, or eat what they could find in the dirt. Now they are provided a steady supply of vitamin-rich food and water delivered by a system that runs the length of the houses."

Adding to the confusion, consumers are now plagued with trendy catch phrases such as "raised without antibiotics" that while not only misleading to the consumers, have unintended consequences for the well-being of these birds.

Dr. Grogan describes the difficult position this creates for her profession. "As veterinarians, we take an oath to relieve all animal suffering, and we are passionate about what we do. When misinformation like this occurs and the tools we use to prevent animal suffering, such as antibiotics, are taken away from us, it's very disheartening. It means animals are suffering from something I know I could treat responsibly."

Steve Roney, DVM, MAM, Dip, ACPV, Clinical Associate Professor at the University of Georgia College of Veterinary Medicine, believes if you look over time at the statistics on the number of birds that will die having had preventative antibiotics versus those that have not, "In some situations you can have three to four times more dead birds in a non-preventative flock than a preventative flock - especially if you're not allowed to use treatment to stop the disease spread."

Recently, poultry producer Sanderson Farms made a strong case for the responsible and judicious use of antibiotics in its poultry production. "The truth is, there is no credible scientific research to support the idea that the use of antibiotics when treating chickens contributes to the development of antibiotic resistance in human bacterial infections or superbugs that are resistant to treatment," argues Phil Stayer, DVM, Corporate Veterinarian for Sanderson Farms. "At Sanderson Farms, we believe we have a moral responsibility to protect the welfare of our animals.  It's simply the humane thing to do."

"Animal caretaking starts in our hatcheries even before the chick is hatched.  We administer a combination of vaccine and antibiotic inside the egg three days before chicks are scheduled to hatch."  According to Stayer, this medicine is given to treat bacterial contamination that inevitably accompanies all eggs as a result of the egg laying process. "This single combined injection under the shell is the only time we inject antibiotics, leaving little opportunity for resistance to develop in the grown broilers.  Indeed, our practices and federal law require that any antibiotics administered to poultry be metabolized and clear of the chicken's system before the birds leave the farm." In fact, almost all U.S. broiler chickens are injected inside the egg prior to hatch, including those labeled as "raised without antibiotics."

Stayer explained that once an egg becomes a chick, it is removed from the hatch basket and placed into a farm transport basket with its hatch mates. Highly automated and efficient systems ensure newly hatched chicks get to farms and in the barns as quickly as possible after they hatch for timely access to feed and clean water.  Chicks are transported in climate controlled trucks to provide them comfort and protect the new baby chicks from any harm. Sanderson Farms' animal welfare programs, including those in its hatcheries and the entire live grow-out part of its business, are audited at least twice a year by internal and third party audits, to make sure that all of its live chickens, regardless of their age, are handled in a safe and humane manner.

"A lot of companies that market antibiotic-free chicken also sell chickens treated with antibiotics through a secondary sales route. So, it seems inconsistent for these companies to say that raising chickens without antibiotics is preferable, when in actuality they are often treating some of their flocks with antibiotics, too," continued Stayer. "The only difference is they sell the treated flocks under another product label that doesn't say, 'raised without antibiotics.'  For me, personally, I would have a difficult time deciding to which flocks I would give life-saving medicines and which ones I would allow to suffer and die.  Just as with humans, even chickens with the best of care sometimes get sick.  I am glad Sanderson Farms allows me to treat chickens with FDA approved medicine that, as a veterinarian, I deem necessary."

One issue that goes hand-in-hand with animal welfare and antibiotic use in chicken is food safety. According to the National Chicken Council, "The top priority of farmers and chicken companies is to raise healthy chickens, because healthy chickens are directly related to a safe and wholesome food supply. Responsible, FDA-approved veterinary treatment and prevention benefits animal welfare and health by reducing the need for increased doses of shared-class antibiotics in the event of widespread disease."

Said Dr. Stayer, "It is almost intuitive that healthy chickens and other farm animals will carry fewer bacteria and lower counts into the processing plant than those that are less healthy or sick.  Indeed, evidence from Europe and the United States supports this view."

"Just like people, animals get sick, and treating illness is a responsible part of animal care," says Super. "Even if you have the best animal health plan, some chickens are going to be exposed to infections that can only be cured with antibiotics."

According to Super, "The U.S. national broiler flock is incredibly healthy and is the envy of the world. Mortality and condemnation rates for broilers, the most sensitive indicators of the health and well-being of any flock, are at historical lows."

"From a pure business standpoint, it would make zero business and economic sense for a farmer to do anything to a bird that would harm it. The birds are their livelihoods and chicken producers want to do everything possible to keep them healthy. Their paychecks are directly related to the health and welfare of the flock."