The coffee obsession has reached a new peak: You can now know the altitude at which the beans used for your morning cup of java were grown. 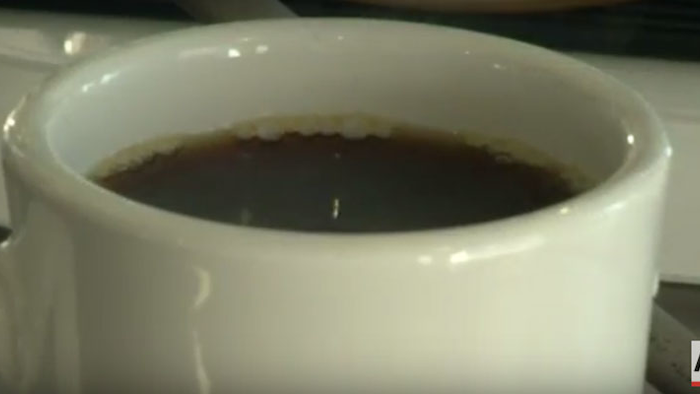 WASHINGTON (AP) — The coffee obsession has reached a new peak: You can now know the altitude at which the beans used for your morning cup of java were grown.

Spurred by the popularity of boutique coffee purveyors, Starbucks and other chains are taking steps to appeal to the growing ranks of coffee aficionados. They are experimenting with different roasting and brewing techniques, while providing more information about the origins of their customers' favorite brew.

That includes where the coffee is from, as well as how and when it was roasted.

At Augie's coffee shop in Redlands, California, bags of coffee list the elevation at which the coffee was grown. A higher altitude is said to lead to a fruitier and more complex flavor.

While Starbucks Corp. isn't offering that level of detail yet, the Seattle-based chain has been working to burnish its reputation. It opened a high-end retail "Reserve Roastery" near its headquarters in 2014.

The company is also offering more coffee from a single origin, rather than the blends most Americans are familiar with. And it recently began using the "Clover" brewing system that it says helps extract the optimal flavor for every cup.

For iced coffee, it also switched to "cold brew" rather than merely brewing hot coffee and chilling it.

The moves by Starbucks come as smaller chains have touted techniques like "nitro brew," which infuses nitrogen gas to create a creamier coffee, and "pour over" brewing, which essentially entails pouring hot water over grounds.

"I've really been able to pick up on what real, good coffee tastes like," said Bekah Stoneking while drinking a nitro brew at Back Alley Coffee Roasters in Wake Forest, North Carolina.

Chris Vigilante, the founder and CEO of Vigilante Coffee, was experimenting with roasting methods in a basement a few years ago and travels the world to hand-select beans. Vigilante Coffee has several locations throughout the Washington, D.C., area and his coffee is distributed nationwide.

The popularity of a new wave of smaller chains was enough that another major chain, Peet's, last year acquired Stumptown, based in Portland, Oregon, and Intelligentsia, based in Chicago. Both helped generate interest in different brewing methods and coffee origins.

"We want to offer different experiences to people through different concepts like Stumptown and Intelligentsia so we capture more than our fair share of all these new consumers, these 18 to 34-year-olds, that are coming very aggressively, very passionately into coffee," said Peet's CEO David Burwick.

Even Dunkin' Donuts, which has an everyman image, introduced a dark roast coffee in late 2014 in nod to changing tastes.

"This is a trend you can't ignore if you're one of those chains," said Duane Stanford, editor of industry tracker Beverage Digest.