Official: Kuwait to Produce 4M Barrels of Oil Daily by 2020

Kuwait's oil minister says his country still plans to produce 4 million barrels of oil a day by 2020, even as global crude prices have slumped. 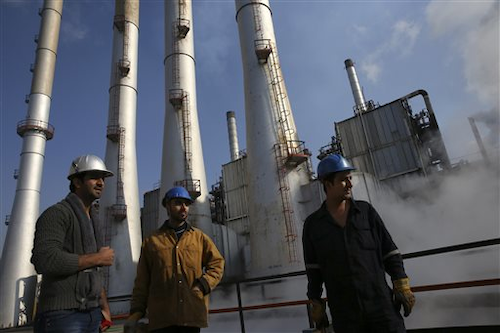 Ali Al-Omair made the comments Monday at an oil and gas conference in the capital, Kuwait City. The state-run Kuwait News Agency also quoted al-Omair as saying Kuwait's production now stood at 3 million barrels of oil a day and that any U.S. decision to export crude oil wouldn't have an impact on Kuwait.

Meanwhile, KUNA quoted the CEO of the Kuwait Oil Co., Nizar al-Adsani, as saying Kuwait may import natural gas from Iraq and Iran to power its electricity plants.