Royal Dutch Shell reported a third quarter loss of $7.4 billion Thursday as it re-organized and cancelled projects, including drilling in Alaska, to cope with the plunge in oil prices. 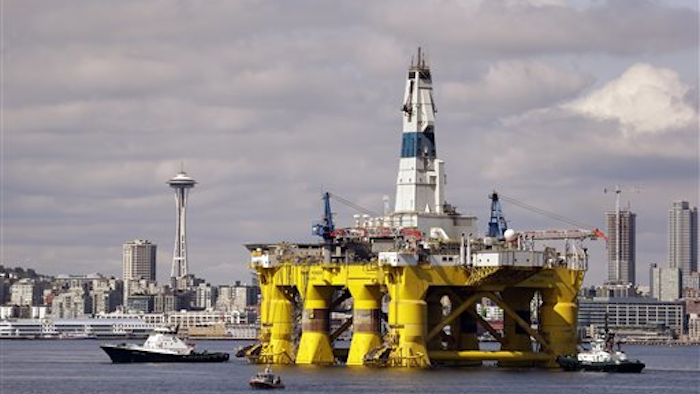 LONDON (AP) — Royal Dutch Shell reported a third quarter loss of $7.4 billion Thursday as it re-organized and cancelled projects, including drilling in Alaska, to cope with the plunge in oil prices.

The net loss compares with a profit of $4.5 billion in the same period last year. Shell reported $7.9 billion in charges, including $2.6 billion for Alaska and $2 billion related to the decision to cancel the Carmon Creek project in Alberta, Canada.

Excluding one-time items and fluctuations in the value of inventories, the company said profit dropped to $1.8 billion, from $5.8 billion a year earlier, reflecting the plunge in oil prices.

"Shell's integrated business and our performance drive are helping to mitigate the impact of low oil prices on the bottom line in what is a difficult environment for the industry today," CEO Ben van Beurden said.

Energy companies are struggling to adjust to an age of lower prices after oil dropped to a six-year low in August. Brent crude, the benchmark for North Sea oil, averaged $50.26 a barrel in the third quarter, down 51 percent from a year earlier.

The drop is forcing companies to reconsider the economics of projects.

Shell said it decided to discontinue work on the Carmon Creek thermal oil sands project because it "does not rank in its portfolio at this time."

In Alaska, the company's first drilling produced only minor amounts of oil and gas.

"This, combined with the current economic and regulatory environment, has led Shell to cease further exploration activity offshore Alaska for the foreseeable future."

Shell said it would still pay a dividend of 47 cents a share on third quarter earnings.