The global economy's problems seem to be multiplying. Among major economies, only the United States and Britain are growing at decent rates, and how long that lasts depends on how much trouble their trading partners are in. 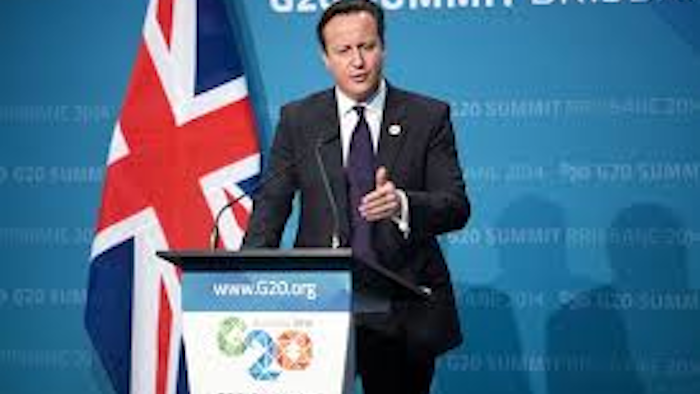 London, England — The global economy's problems seem to be multiplying.

Hours after the leaders of the world's 20 most developed economies sought to boost confidence by promising to increase global output by $2 trillion over five years, Japan said it had fallen into recession.

That leaves the country — the world's third-largest economy — on a long and growing list of troubled economies. China is slowing as well, and Europe can't seem to take off.

Among major economies, only the United States and Britain are growing at decent rates, and how long that lasts depends on how much trouble their trading partners are in.

British Prime Minister David Cameron warned in an opinion piece in the Guardian newspaper on Monday that the "red warning lights are flashing" for the world economy.

Here's a look at the problems in key economies.

This setback was not in the plan.

Prime Minister Shinzo Abe had pledged to end two decades of stagnation with a strategy dubbed "Abenomics" that included big economic reforms and stimulus. But the economy contracted at an annual pace of 1.6 percent in the third quarter after housing and business investment dropped following a sales tax increase.

The contraction came despite predictions the economy would rebound from a drop in the previous three months.

Consumer spending is faltering as the population shrinks and grows older. Household incomes peaked more than a decade ago, and workers are increasingly having trouble making ends meet with part-time or contract work.

Manufacturers, meanwhile, have lost their leading edge in innovation while shifting production to cheaper locations offshore.

Japan's weakness could hinder growth elsewhere if its companies cut investment and buy fewer imports such as machinery, electronics and raw materials. The island nation is one of the world's biggest importers of food and the third-biggest buyer of natural gas.

Growth in China, a manufacturing giant, is slowing — from 10.4 percent in 2010 to an estimated 7.5 percent this year. Explosive growth in China has been one of the primary drivers of the world economy for the past decade, so its slowdown is having ripple effects.

The question for Chinese leaders is how to let the country's economy slow to more sustainable growth rates without having a "crash landing." The government is trying to boost domestic spending while easing off its dependence on trade and state-sponsored investment.

Because China has strong trade links to the West, a slowdown would do some damage to the U.S. and Europe. Its massive manufacturing sector is a big consumer of raw materials, so weaker growth would particularly hurt commodity-producing countries like Australia and Brazil.

China's slowdown from high rates is echoed in many other emerging markets, such as India and Brazil.

Many of these countries have benefited for years from a steady flow of investment from developed economies. Because interest rates have been at record lows in the U.S. and Europe, many investors there have sought higher yields in emerging markets, where interest rates are higher.

That is changing, however. The U.S. Federal Reserve is considering raising interest rates, which will entice some investors to keep their money in the U.S. — or withdraw it from emerging markets.

That flow of money back to the U.S. can create huge turbulence in markets. It was behind sharp drops in emerging markets and currencies in February, for example.

The economy of the 18 euro countries has been struggling to grow since it emerged from recession last year. It expanded by a mere 0.2 percent in the third quarter from the previous three-month period.

Its problems are compounded by the threat of deflation — when prices fall. A sustained drop would hurt growth by encouraging people to delay purchases in hopes of better deals later on.

Government debt, meanwhile, remains high among large economies like France, Italy and Britain. That means they will have to limit spending for years, potentially stymieing growth.

"National debt levels are perhaps double what they were before the (2008) crisis," said John Whittaker, an economist at Lancaster University's Management School.

The conflict in Ukraine is also raising uncertainty, leading to sanctions between Russia and the U.S. and European Union. The impact has been visible in a drop in factory orders and business confidence in Germany.

The eurozone's combined $13 billion economy is the world's second-biggest, trailing only the United States, meaning its problems cast a pall over the global economy.

States were graded on labor, infrastructure, technology and overhead cost.
Sep 9th, 2020
Follow Us
Most Recent