Nearly 200 nations have reached a deal, announced Saturday morning after all-night negotiations, to limit the use of greenhouse gases far more powerful than carbon dioxide in a major effort to fight climate change. 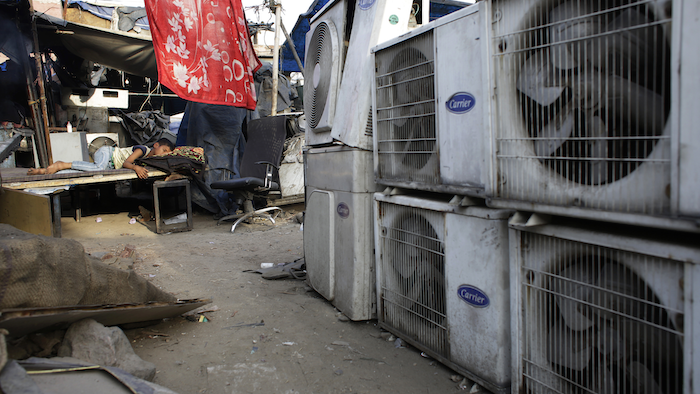 KIGALI, Rwanda (AP) — Nearly 200 nations have reached a deal, announced Saturday morning after all-night negotiations, to limit the use of greenhouse gases far more powerful than carbon dioxide in a major effort to fight climate change.

The talks on hydrofluorocarbons, or HFCs, were called the first test of global will since the historic Paris Agreement to cut carbon emissions was reached last year. HFCs are described as the world's fastest-growing climate pollutant and are used in air conditioners and refrigerators. Experts say cutting them is the fastest way to reduce global warming.

President Barack Obama, in a statement Saturday, called the new deal "an ambitious and far-reaching solution to this looming crisis." The spokesman for U.N. Secretary-General Ban Ki-moon called it "critically important."

The agreement, unlike the broader Paris one, is legally binding. It caps and reduces the use of HFCs in a gradual process beginning by 2019 with action by developed countries including the United States, the world's second-worst polluter. More than 100 developing countries, including China, the world's top carbon emitter, will start taking action by 2024, when HFC consumption levels should peak. 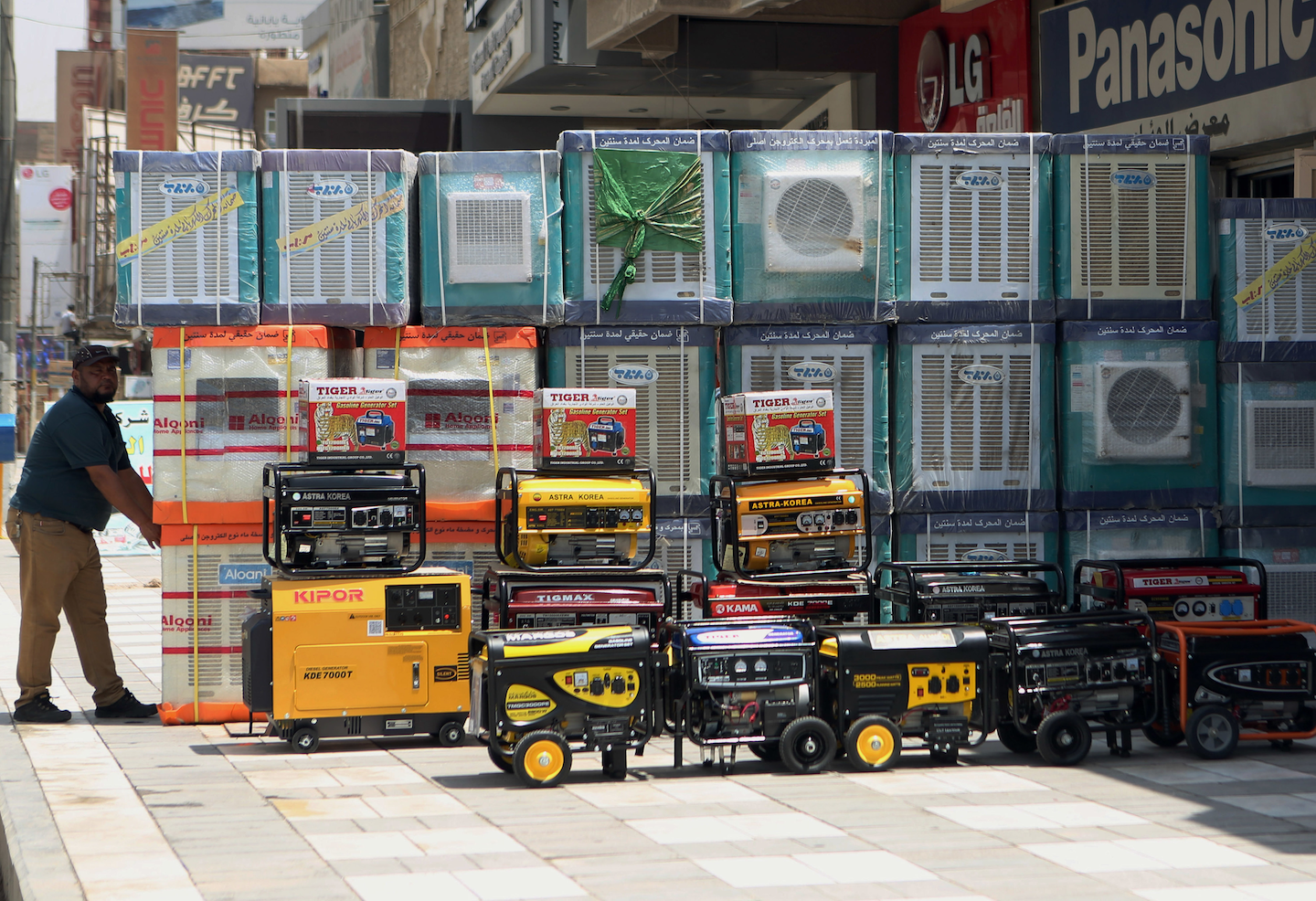 Air conditioners and power generators are displayed on a street in central Baghdad, Iraq. Nations reached a deal Saturday, Oct. 15, 2016 to limit the use of hydrofluorocarbons, or HFCs - greenhouse gases far more powerful than carbon dioxide that are used in air conditioners and refrigerators, in a major effort to fight climate change. (AP Photo/ Khalid Mohammed, File)

A small group of countries including India, Pakistan and some Gulf states pushed for and secured a later start in 2028, saying their economies need more time to grow. That's three years earlier than India, the world's third-worst polluter, had first proposed.

"It's a very historic moment, and we are all very delighted that we have come to this point where we can reach a consensus and agree to most of the issues that were on the table," said India's chief delegate, Ajay Narayan Jha.

Environmental groups had hoped that the deal could reduce global warming by a half-degree Celsius by the end of this century. This agreement gets about 90 percent of the way there, said Durwood Zaelke, president of the Institute for Governance and Sustainable Development.

Zaelke's group said this is the "largest temperature reduction ever achieved by a single agreement."

The new agreement is "equal to stopping the entire world's fossil-fuel CO2 emissions for more than two years," David Doniger, climate and clean air program director with the Natural Resources Defense Council, said in a statement.

It is estimated that the agreement will cut the global levels of HFCs by 80 to 85 percent by 2047, the World Resources Institute said in a statement.

Experts said they hope that market forces will help speed up the limits agreed to in the deal.

HFCs were introduced in the 1980s as a substitute for ozone-depleting gases. But their danger has grown as air conditioner and refrigerator sales have soared in emerging economies like China and India. HFCs are also found in inhalers and insulating foams.

Major economies have debated how quickly to phase out HFCs. The United States, whose delegation was led by Secretary of State John Kerry, and Western countries want quick action. Nations such as India want to give their industries more time to adjust.

"Thank God we got to this agreement that is good for all nations, that takes into consideration all regional and national issues," said Taha Mohamed Zatari, the head of Saudi Arabia's negotiating team.

Small island states and many African countries had pushed for early timeframes, saying they face the biggest threat from climate change.

"It may not be entirely what the islands wanted, but it is a good deal," Mattlan Zackhras, the minister-in-assistance to the president of the Marshall Islands, said in a statement. "We all know we must go further, and we will go further."

The U.N. says the next meeting in 2017 will determine how much of the billions of dollars needed to finance the reduction of HFCs will be provided by countries.

HFCs are less plentiful than carbon dioxide, but Kerry said last month that they currently emit as much pollution as 300 coal-fired power plants each year. That amount will rise significantly over the coming decades as air conditioning units and refrigerators reach hundreds of millions of new people.

HFCs don't harm the ozone layer like chlorofluorocarbons and similar gases that were eliminated under the 1987 Montreal Protocol. The entire world ratified that agreement, helping to repair holes in the ozone that helps shield the planet from the harmful rays of the sun. The aim of this meeting was to attach an amendment to that treaty dealing specifically with HFCs.

"This is about much more than the ozone layer and HFCs. It is a clear statement by all world leaders that the green transformation started in Paris is irreversible and unstoppable," Erik Solheim, executive director of the U.N. Environment Program, said in a statement.

"Acting on HFCs does not exempt us from acting on CO2 or other important greenhouse gases like methane. We emit considerably more carbon, and it lingers in the atmosphere for more than 500 years," Carol Werner, executive director of the Environmental and Energy Study Institute, said in a statement.