The Standing Rock Sioux's effort to block a four-state oil pipeline got a lifeline when the federal government temporarily stopped the project, a move some say likely may forever change the way all energy infrastructure projects are reviewed in the future. 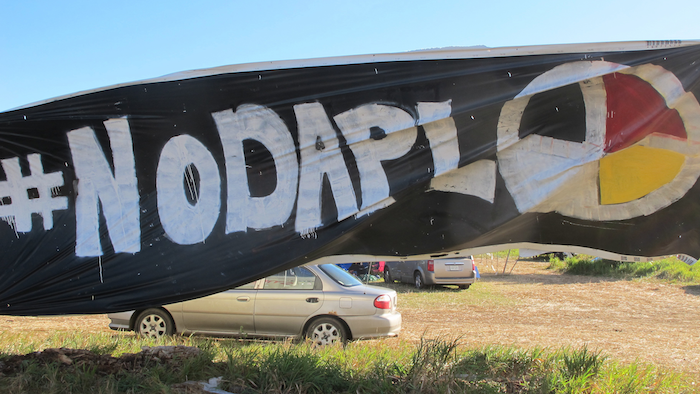 BISMARCK, N.D. (AP) — The Standing Rock Sioux's effort to block a four-state oil pipeline got a lifeline when the federal government temporarily stopped the project, a move some say likely may forever change the way all energy infrastructure projects are reviewed in the future.

Tribal officials challenged the Army Corps of Engineers' decision to grant permits for Dallas-based Energy Transfer Partners' $3.8 billion pipeline that is intended to carry oil from North Dakota to Illinois. 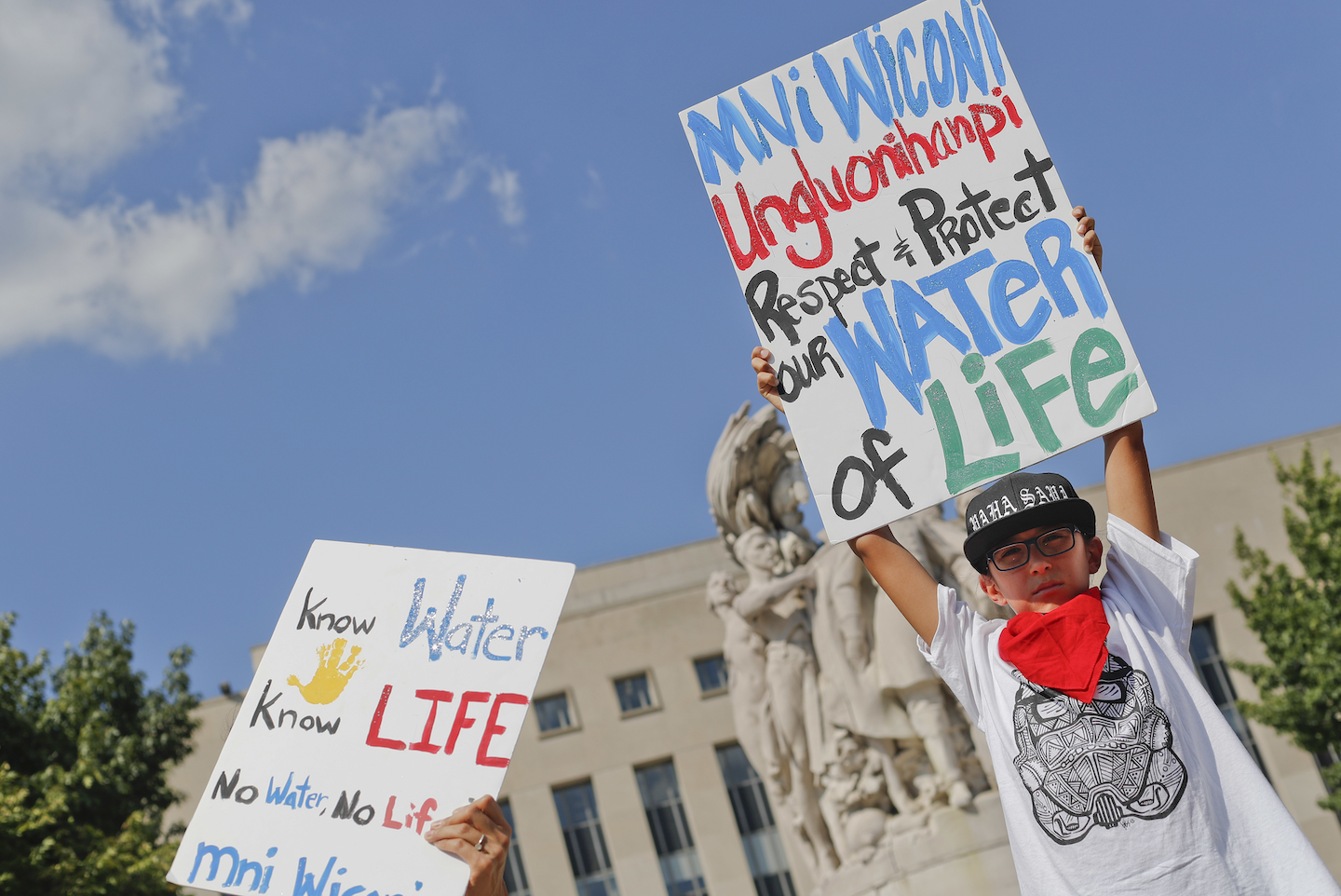 Tusweca Mendoza, 10, of Arlington, Va., originally from Pine Ridge, S.D., holds up a sign outside U.S. District Court in Washington, Tuesday, Sept. 6, 2016, as members of the Standing Rock Sioux Tribe have asked a federal judge to temporarily stop work on parts of the Dakota Access Pipeline to prevent the destruction of sacred and culturally significant sites near Lake Oahe. (AP Photo/Pablo Martinez Monsivais)

Friday's ruling by Boasberg, who was appointed by President Barack Obama, came amid growing protests over the pipeline, which would cross the Missouri River less than a mile upstream of the reservation.

The statement by the Departments of Justice, Army and Interior said it would "reconsider any of its previous decisions" on land that borders or is under Lake Oahe, one of six reservoirs on the Missouri River and the drinking water source for the tribal members on the Standing Rock Sioux Reservation.

The statement from the federal departments also said the case "highlighted the need for a serious discussion" about nationwide reforms "with respect to considering tribes' views on these types of infrastructure projects."

Troy Eid, a former U.S. attorney in Colorado who now specializes in Indian law, said the action was unprecedented and a "significant setback" for the pipeline's builders.

"Everywhere in Indian Country, people are talking about this," said Eid, who spoke by phone Saturday while on horseback during a parade at the Navajo Nation Fair in Window Rock, Arizona.

He said the lack of tribal consultation on the Dakota Access pipeline "is a textbook example of how not to do a project."

Historically, tribes only have been consulted on energy infrastructure projects, with the federal government making the actual decisions, said Eid, a Republican.

The Obama administration's action Friday likely changed that, he said.

"Tribes want to be able to influence the outcome in a substantive way," Eid said.

Industry consultant Brigham McCown, a former acting administrator for the federal Pipeline and Hazardous Materials Safety Administration, said the Obama administration's involvement has "changed the lay of the land forever" for infrastructure projects.

"This could bog down or delay every single infrastructure project moving forward," he said. "I don't think they even realize the can of worms they've opened."

As a regulator during the George W. Bush administration, McCown said he oversaw safety for 1 million daily shipments of hazardous goods throughout the United States by air, rail, sea, land and pipeline.

"We were very apolitical in the decisions we made," he said. "Things are very different now, whether from the right wing or left wing, politics of all kinds are being injected into this."

The company plans to have the pipeline completed this year. In court papers, it said stopping the project would cost it $1.4 billion the first year, mostly due to lost revenue in hauling crude.

The federal government's action in trumping the federal judge's ruling, however temporary, was a major victory for Native Americans in a "cultural and historical context," said Monte Mills, an assistant professor and co-director of the Margery Hunter Brown Indian Law Clinic at the University of Montana in Missoula.

"The way Indian Country came together to support Standing Rock has really been powerful," he said.

"There is no question it will be much more difficult and costly for these projects to move forward in the future," said Brian Jorde, an Omaha, Nebraska, lawyer who is working with opponents of the Keystone XL oil pipeline designed to move crude from Canada to the Gulf Coast.

"The reality is (Dakota Access) likely will move forward — not that I believe it should move forward — but all the pieces are in place for it to go forward," Jorde said. "There is too much money involved and too much influence in Washington to just give up."